Shivay and Anika have a meet at the Dargah. They both pray for each other. Shivay senses Anika’s presence around her. They come face to face. Shivay gets hurt seeing Anika moving on and forgetting their relation. Shivay realizes Anika is getting married. He tells her that he has also moved on in life. He congratulates her for getting engaged. He taunts her for trapping some rich guy even this time. He thinks she has got ready to marry in a three-month span. He feels Anika is a gold digger. Anika does not give him any clarification.

She angrily admits she has trapped a rich guy and is marrying. She asks him if he is jealous. He asks her who is that unlucky guy this time. She does not answer him. She asks him not to question as if he is her husband. He tells her that everything got over between them. She asks him why does he care if she runs away with someone. Shivay keeps calm in front of her. They are asked to go somewhere else to talk. The Dargah baba tells them that they have a fight as they have love for each other. They both realize their relation ended, but the love in their hearts in still the same. 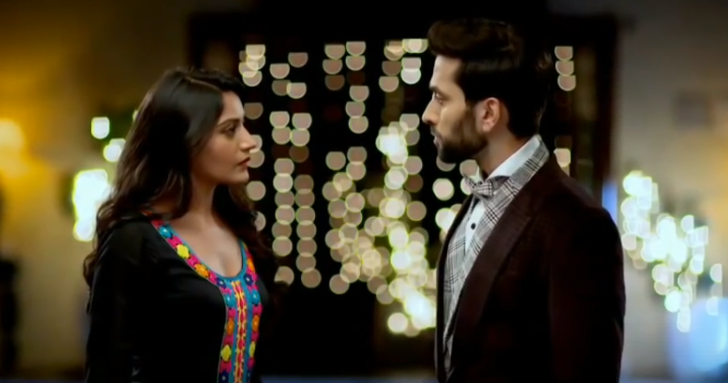 Shivay gets hurt by Anika’s words. Anika too breaks down emotionally. Shivay intentionally breaks Samar’s property board. Rudra gets informed about Shivay’s arrest. Shivay goes to get himself arrested, while the inspector does not want to arrest him. Shivay gets inside the lockup himself. Rudra comes to get Shivay out of the lockup. Shivay refuses to get the bail. Rudra feels Shivay is shattering within after Anika left him. The brothers have a cute moment in the lockup. Anika takes charge of Oberoi mansion. She tells Shivay that the house belongs to her. Shivay does not believe Anika. Anika shows the property papers to him shocking the Oberois.