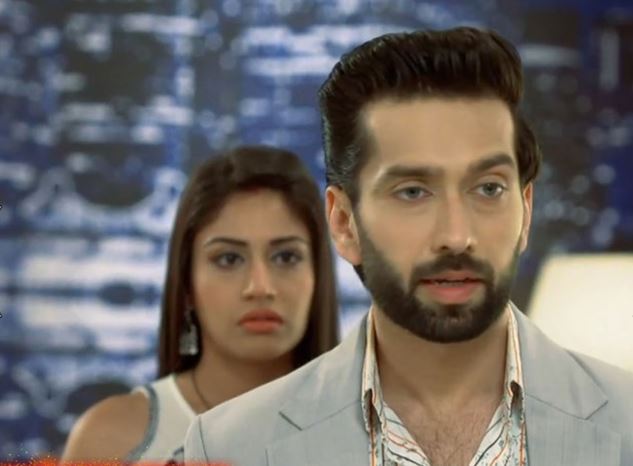 Shivay has got trapped in Anika’s plans. Anika tries to recreate their romance and love. She gets perfect timing moment when Shivay comes to her rescue. They have a moment. Shivay acts rude, but loves her a lot. Anika realizes Shivay is not expressing himself. Anika sees Shivay hiding behind the curtains. She sees him and makes him jealous, by flirting with a guy on call. She sings happily and gets ready for her date. She finally gets a reaction from Shivay. She wants Shivay to care for her. She intentionally falls, reaching close to him. Shivay holds her to support.

Anika’s drama goes on. Anika asks him what is he doing here. Shivay tells her that its his room. He asks her what is she doing here. Anika tells him that her room is not yet ready, so she has come here. He asks her why was she singing. She asks do you care if I do bhangra and dance. Shivay thinks to check Anika’s phone to find out the guy in her life. Anika has no boyfriend and is fooling him by an imaginary boyfriend. Dadi, Rudra and Jhanvi laugh on Shivay and ask him does he not care even now. Bhavya tells them not to pull Shivay’s leg, he really cares for Anika. Dadi tells Shivay that they made his room proper, after he broke the things in anger. Shivay asks them what do they want to prove. They all tell him that Anika’s presence is affecting him a lot, his face shows this. Shivay makes an excuse. Anika realizes her efforts are paying off.