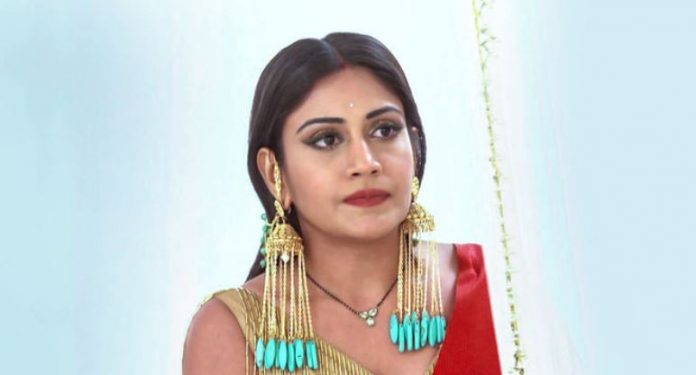 Rudra gets trapped in the wires while working in the gym. He shouts for help. Omkara comes to help him, but fails. Bhavya comes there to help. Rudra refuses to take her help. She does not listen to him and removes the wires to free him. Rudra and Bhavya are coming close. They have a romantic moment. Anika and Shivay make the plan to trap Rudra in a problem. Bhavya helps out Rudra. Anika says this was my idea to cut the wires and trap Rudra in his gym. Shivay says gym idea was mine. They both argue. Anika says it was my plan and it worked out. Shivay says I succeeded to make them patch up. Anika says they both met like hero and heroine, there was much romance between them.

Anika hears Ragini’s plan to fool Shivay. Anika makes a plan to tackle Ragini. Ragini comes to Shivay. She does drama and acts of fever. She asks Shivay to check if she has fever. Anika tells Ragini that she knows her problem well. She says you would be having bodypain, and feeling sick within. She gives a kada to Ragini for her good health. Anika also does drama in front of Shivay. Ragini refuses to have the kada. Shivay asks Ragini to drink it. She says it looks unhealthy, I don’t know what’s in it. He says I trust Anika, she will not add anything wrong in it. Ragini drinks the kada to impress Shivay. Anika teaches her a lesson.