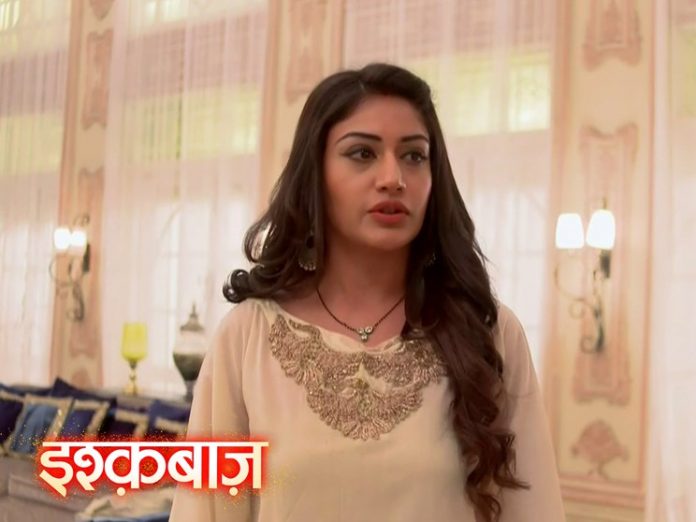 Shivay and Anika get into an argument again. Anika collides with him. Her phone falls off her hand and breaks. They don’t know what their heart wants. They have no idea what is happening. Ragini does drama to fall down the stairs. Shivay runs to help Ragini. Pinky asks how did Ragini fall down. Shivay says I don’t know. He holds her and takes her to room. Ragini tries to share her sobbing story. She becomes an attention seeker. Shivay does not listen to her. Ragini thinks what type of man is he, he does not care for anything. Anika says my phone got sacrificed for no use, Ragini is fooling Shivay, I have to make him realize this.

Anika tries to explain Shivay that Ragini is a cheat, she is fooling him. Shivay says Ragini is going through a painful time, her relationship broke, I pity her, you will not understand this as you were never serious about any relation. Anika asks him what does he mean, Ragini will be hurting others, she is not someone who tolerates pain. Shivay ends their argument by gifting a phone to her. Anika gets glad to read Shivay’s apology. She accepts the gift heartily. On the other hand, Bhavya asks Anika did she hear Rudra shouting. Anika says I did not hear anything such. Bhavya says strange, I have heard him while I was exercising near the pool. Anika acts ignorant and asks Bhavya to check why Rudra shouted. She makes work excuse and goes. Bhavya goes and helps Rudra, finding him tangled in the wires