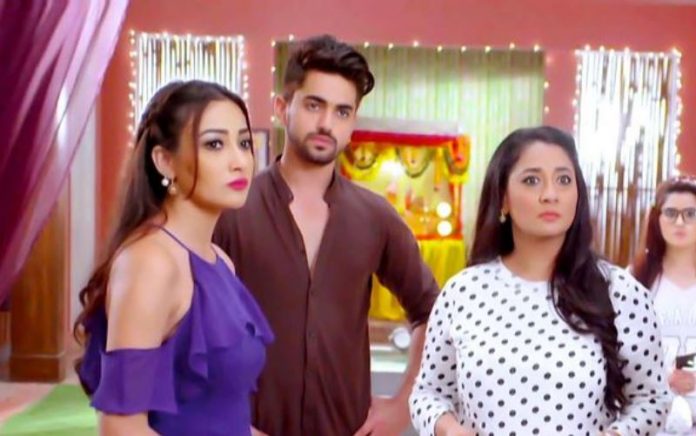 Neil plays the video of Riya and his assumed romance. Neil asks them why did Avni get wrong for them if she called Ali for help when she fell sick. He asks them to judge him and Riya now. Riya clears that truth is not like seen in video. Neil taunts on his family’s thinking to be so small that they called Avni characterless. He puts everyone’s mind in work to ask if a woman’s respect is cheap, that anyone can point finger at a woman’s character. He defends Ali and Avni’s friendship. Neil asks Bebe how can she end her trust on Avni. He proves Avni’s innocence. Bebe asks Neil to get Avni home. Neela informs Neil that Avni is leaving from the city. Avni meets Ali and tells her decision of leaving the city to stay alone for some days. Neil and his family try to find Avni.

Neil hopes Avni is fine. Riya and Aman get into an argument. Aman warns her against doing anything wrong for Avni. He asks her to be loyal to Neil and Avni, who gave her a roof. Ali tells Neil that Avni is leaving the city. He gets sad by the turn of events. Avni wishes Neil comes to stop her. Neil reaches the police station and looks for Avni. Shweta is least interesting in finding Avni and stopping her. She clears her true intentions in front of Bebe. Avni boards the train with a heavy heart. Neela gets to see the divorce papers and worries for Neil and Avni’s relation. Neela stops Avni from leaving the city. She asks her to value Neil and her family. She tells her how Neil did a good husband’s duty towards keeping the marriage. She asks Avni to keep her marriage and not be afraid of any problems. Neil gets relieved seeing Avni back.