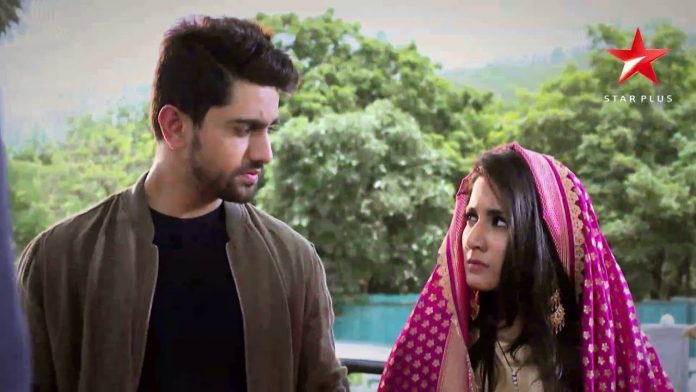 Neil and Avni’s life has come on track since they went on honeymoon. Avni feels cold and faints by high fever. Neil tries to take good care of her. He sits looking at her, while she sleeps comfortably. He makes her wear the mangalsutra. Avni wakes up and sees Neil beside. She scolds Neil for taking advantage of her. She acts like she does not remember what happened. She recalls Neil joking her similar thing before and thinks to settle scores. Neil defends himself that he did not do anything wrong. Avni teases him and says I m pregnant.

Neil gets a shock and tells her how they got into the shade for passing the night safely. Avni says you have planned all this, how could you think so cheap. Neil says such things are not planned. She says maybe, but you are not so innocent. Neil asks her if she thinks he is a wrong guy, if she does not trust him. Avni troubles him and asks him to think of Bebe’s happiness, she will be glad that Neil’s baby is coming. Neil asks what are you saying, is this a joke. She laughs on his tensed face and then relieves him by saying truth.