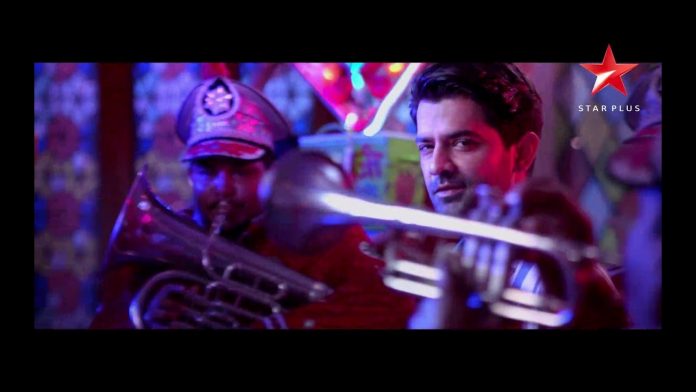 Chandni spies in Advay’s guest house and gets his fake passports. She doubts on his motives. Advay spots Chandni spying about him. He thinks to teach her a lesson. Advay plans to torture Chandni. He ties her to the chair. Advay does this planning just to scare her. Advay shows her the wires, and scares her of electric shocks. Chandni gets tension. Advay’s intentions look dangerous to her. She wants to know his truth about his real identity. Advay refuses to tell her anything. She asks him to free her. Advay tells her that she will be punished. He sounds confident about failing her move. Chandni hides his passports in a box. She tells him that nothing can open the box. Advay uses a spray and then the current wires to heat the box. Advay is a professor and knows all scientific tricks to use handy.

Chandni manages to free herself from the ropes and runs away with the box. She calls police and tells inspector about Advay’s fake passports. Police comes home to arrest Advay. Advay asks Chandni to first show the evidence against him. Chandni presents the box and gets a shock seeing just ashes. Chandni does not know how the passports turned to ashes, when she was in front of Advay all the time. Chandni’s Roka rasam stops by police’s entry. Indrani gets upset with Chandni’s step. She is much hurt. She scolds Chandni for her weird behavior. Chandni will try again to make Advay out of the house. Advay manages to hide his true identity and revenge motives from Chandni.