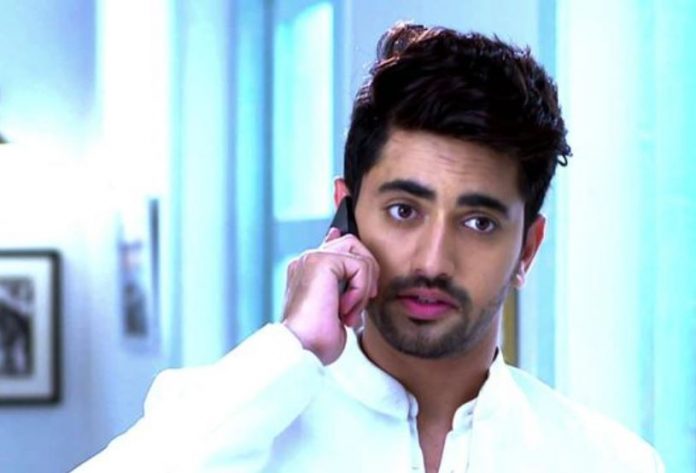 Avni and Neil offer prayers on the occasion of Janmashtami puja. They celebrate the festival along with their family. Neil and Avni do the aarti of Krishna. A shocking turn comes, when Bebe asks Avni to leave from the house. Avni gets upset. She says I will not trouble you all, I will leave from this house, I don’t want to ashame you all more. Bebe is very angry on Avni. Shweta provokes Bebe’s anger. Shweta wants to get rid of Avni as soon as possible. Shweta says Avni is acting to care for our family, but does she know the meaning of family. She insults Avni and emotionally hurts her. Avni misses Neil in such breaking moment.

Neil tries to end the distance between Avni and him. Neil goes to Neela’s house and meets Avni. Avni gets a new hope on seeing Neil. Neil tries to convince her for returning home. Avni has an emotional outburst. Avni asks him why did he come. She breaks his heart and asks him to leave. She asks Neil to stay with his family and stay away from her. Neil thinks how to convince his love. He tries to make things normal. Avni refuses to go with him. Neil leaves the decision on her. He does not want to force her. He leaves from Neela’s house. Avni feels sad. She does not want to go with him, so that he doesn’t fall in any tough situation to choose between her and his family. She wants to stay with Neil, but doesn’t tell him. She wants his betterment. She wants Neil to stay with his family happily.

Neela gets annoyed with Avni’s decision. She wants Avni to go with Neil. Avni asks Neela not to get annoyed, else where will she go. Neela explains her that she is refusing to accept true love when love is coming at her door. Avni explains Neela that if she returns home, there will be annoyance and fights at home. She does not want Neil to suffer. Neil is much loved by his family. She does not want anyone to boycott Neil because of her. She controls her emotions and wishes the best for Neil. She wants Neil and his family to be united. Avni sticks to her decision.