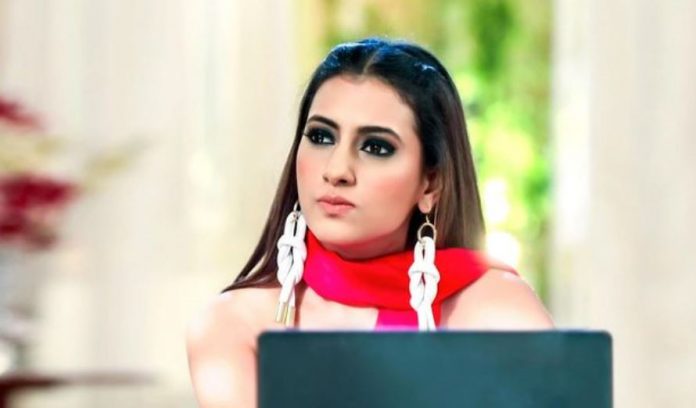 Anika and Gauri pray to Mata Rani. Gauri asks Anika to have belief in Mata Rani and pray for Shivay’s well being. Anika sheds tears and prays for his life. Anika did not belief in Lord before. She never prayed for herself. But, her worry for Shivay makes her reach Mata Rani. Anika senses Shivay is coming and runs to see him. Anika runs downstairs. She looks for Shivay. She hugs Shivay’s clothes and cries. She holds her mangalsutra and recalls their marriage. Ragini too cries for Shivay, but hurts Anika more. Ragini says I hope Shivay is fine, I m worried if he becomes handicapped. Anika gets angry on Ragini’s nonsense talk.

She asks Ragini to be quiet than saying bad thing. Anika says you have no sense to talk, better shut your mouth, if you say anything against Shivay, I will give you a slap. Ragini’s questions make Anika upset. Bhavya and Gauri question Ragini and doubt her involvement behind Shivay’s disappearance. Bhavya supports Anika. On the other hand, Ragini and Pinky call media and make a request asking people to help them find Shivay. They make Shivay’s disappearance a big issue. The reporters ask them if Shivay left the house in anger, is there any dispute at home. Pinky asks them to just focus on the work they are called for.