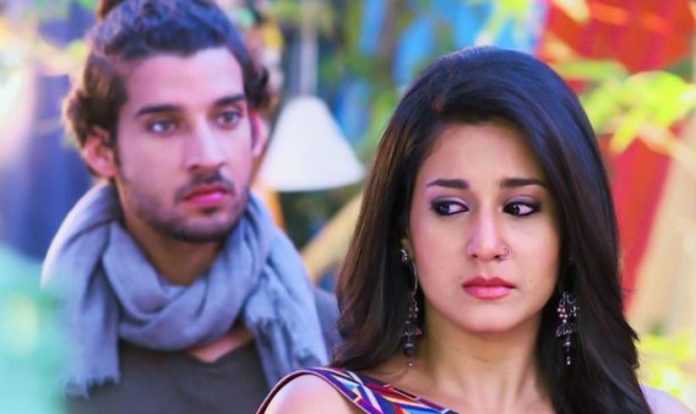 Avni goes away from Neil. He can’t live without her. He meets her and asks her to come back home. She refuses to him so that his house has peace. Neil tells her that if her decision is final, he will not come back to her again. He tells her that once he goes, their relation will end. Neil gets helpless to his heart.

Janmashtami is celebrated in Neil’s house. Neil is very unhappy. He misses Avni. Neil takes Bebe’s blessings. Neil’s sorrow gets observed by Bebe. Bebe prays and is sure that her Lord will make everything fine. Neil is broken after Avni left. His pain comes out in front of Bebe. He tells Bebe that Avni and his relation broke, he wants to get Avni back but she has refused. Neil explains Bebe that Avni is not bad, she is away from him as she wants them to be happy. He knows everything depends on Avni’s decision now. Aman tries to cheer up Avni. He gets happiness for her on the occasion of Raksha bandhan. He gives his first salary cheque to her. Avni happily hugs Aman. She feels he has changed completely and there is no bad values of Dayavanti in him. The shocking twist will rock her life. Aman is just pretending to be good to win her trust. Aman did not change and is still revengeful against Avni.