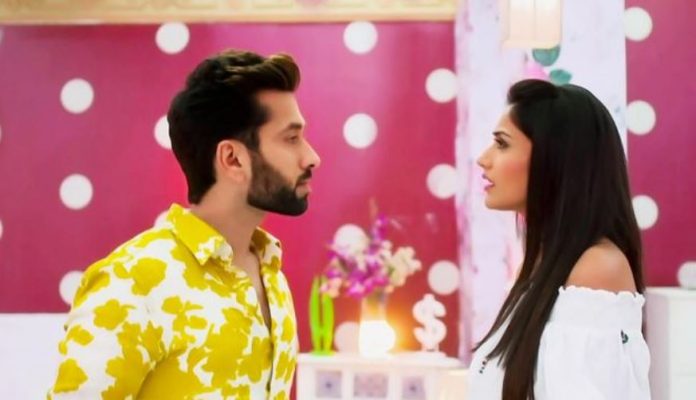 Shivay expects Anika to change her decision and accept that she was lying to him. He asks her to admit her lies and then he can stop all this. She does not tell him anything. He gives her a final chance to change her words and admit she was joking. Anika plays along so that he admits he really cares for their relation. They both test each other’s love. He challenges her to marry Vikram if she has courage to hold someone else’s hand. Anika thinks Shivay is really wishing this to happen. He asks her to finish her game herself. She gets stubborn. He asks her to realize what she is going to do.

Anika remarks she has no rights on Shivay anymore. Shivay asks her to just accept she was wrong. Anika and Shivay’s tiff continues. She sadly feels destiny is throwing her away from Shivay. She is hurt as Shivay believed her engagement lie and doubted on her for moving on. Anika gets depressed. Bhavya strengthens her hopes. She tells her that Shivay is reacting such in jealousy. She asks Anika to end the drama. Shivay does not want to pull down the curtains till Anika’s ego drops. Shivay decides to make her admit truth that she won’t marry Vikram.

Gauri does not call Omkara. He feels Rudra’s ideas won’t work. Rudra asks him to be patient. Shivay and Omkara beat Rudra for his silly ideas. Rudra calls up Gauri to seek her help. He asks her to come home and unite Shivay and Anika. He finds this way better to get Gauri back in Omkara’s life. Gauri agrees to come back home for Shivay and Anika’s sake. Rudra offers help to Bhavya, which she refuses to accept. Bhavya cheers her up. They have a moment. Bhavya gets a lead about the gangster she is chasing.