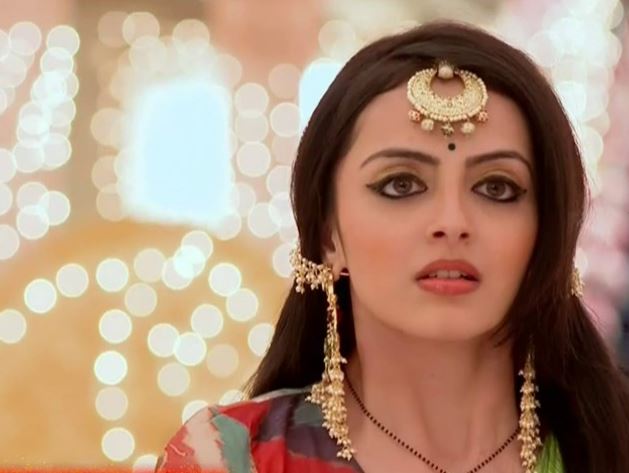 Shivay confronts Ragini for calling a press conference and doing drama that she is his fiancee. He says you are not my family, you should have not done this, we are just good friends. He asks her why did she lie. She knows his feelings well. She says you are angry as I called Anika your ex wife. He asks her to mind her own business and not interfere in his life. Rudra asks Bhavya to do something to stop engagement. Bhavya comes up with a good solution to stop Vikram. Ragini passes taunts on Anika for losing Shivay forever. Shivay stops Vikram from holding Anika. He comes in between them and doesn’t let them get together. Vikram asks Anika to come forward for engagement. Anika feels sad and sees Shivay. They see the old ring in Anika’s hand. Rudra says engagement won’t happen. Vikram gets adamant that engagement will happen.

Ragini supports Vikram and asks them to think of Anika and not spoil her moment. She asks him to make Anika wear the ring in other hand. Gauri tries to delay things. Shivay and Anika think of each other. Gauri removes the ring, which falls near Shivay again. Shivay picks his ring. Vikram proceeds to make Anika wear his ring. Ragini realizes Gauri is upto some plan. Gauri and Sahil get the power off. Anika gets scared of darkness. Shivay comforts her. He holds her hand and puts the ring across her finger once again. Ragini insists Vikram to continue engagement. Ragini feels sick and drops down. Anika realizes Shivay has made her wear the ring and confronts him for the same. They end up arguing again.