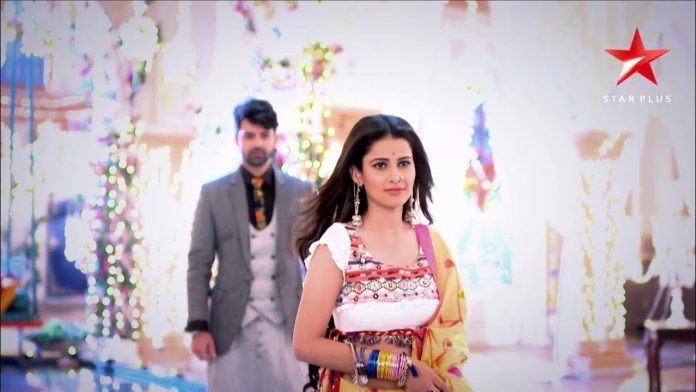 Chandni feels upset while she proceeds to get engaged with Pratham. Advay makes an entry and stops Pratham. He pushes Pratham away and takes the groom’s place. Advay declares that he will marry Chandni. He makes her wear the ring of his name. He tells everyone that Chandni and he love each other a lot. Chandni does not understand why is Advay doing this, this can really defame her family. He tells her that he has told Chandni about his love. He reminds Indrani that he has done all the rituals in almost every rasam. He has done everything as per his plan. He tells Indrani that this was Chandni’s plan. Chandni asks him not to lie.

Advay frames Chandni in his story. Advay tells Chandni that she has made him helpless to do this, as she could not confide truth with Indrani. Chandni asks him to stop his clever tricks. She feels Indrani will just believe her. Advay vows to marry Chandni. She tells him that she will leave from the house than marrying him. Chandni and her family learn that Advay has crossed all limits, and locked them up in the house. Advay asks Indrani what will she do. Indrani gets insulted because of Chandni once again. Chandni tells Indrani that she will try to get help from her friend. Advay uses network jammers to stop Chandni. He asks her to marry him to get everyone’s freedom. Chandni rebukes his decision.