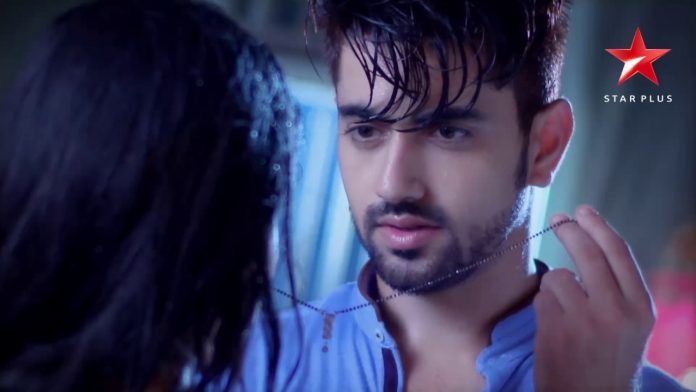 Neela and DD doubt on Riya for everything and confront Aman. Aman puts all the blame on Riya. Neela asks him not to meet Riya. Everyone meets Neil. Neil is upset with his family and wants to support Avni. Prakash explains him to balance life, he can love Avni, but also respect his family. He realizes Raghu Pandit is behind the blast. Avni takes a disguise and meets Neil. Neil gets scared and doubtful seeing her disguise. He then sees Avni and thanks her for saving him.

Avni doesn’t share her feelings with Neil. She tells him that the blast was planned by someone. He asks her why is she doing all this. Avni reminds she is his wife. Neil asks her to remember this well. He asks Avni to answer, what’s her decision about their marriage. Avni tells her decision that she wants to choose Neil over everything else. She does not want to put Neil in a situation where he has to choose either her or his family. Neil asks her not to hide herself behind situation. Neil tells her that their fate won’t be like Ashish and Aisha.

Bebe asks Avni to come home with them and take care of Neil. Neil takes a shocking decision. Neil tells them that Avni won’t come back home, as they can’t hurt Avni’s heart always. Neil supports Avni. He tells them that now he will be living with Avni at her place and be a dutiful husband to protect Avni from Shweta. He doesn’t want to live with his family anymore. He doesn’t want Avni to stay in such a house where she is ill treated. He tells Avni that they will be making their own small home now. Neil promises Neela that he will keep Avni happy and none can disown her from family this time. Neela blesses them.