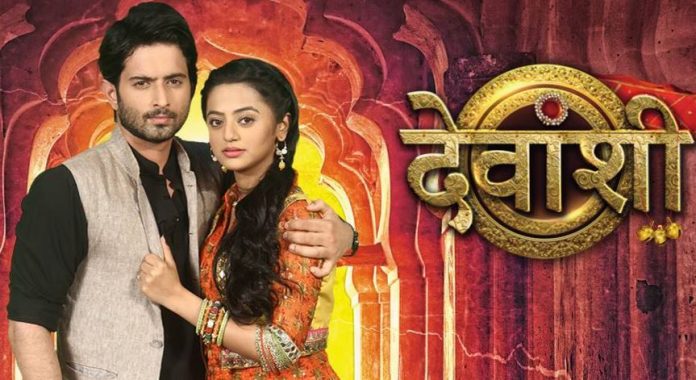 Devanshi goes to the temple to know the reason of all the bad happening in the village. Many bad things are occurring in the village. Devanshi was feeling there is some bad powers around her. Kukarmi’s negativity was making Devanshi ill. Devanshi got fine, thanks to Kalki. Kalki explains her the power of devotion. Devanshi gets to know all the secrets. Kukarmi tells Devanshi that she used to rule in the village before, people used to worship devil at that time and then they started worshipping Ghungroo wali Maiyya, her own temple has become abandoned place now, she has come back to take revenge from villagers. Kukarmi is angry as villagers have forgotten her, she has come back to get her status back in the village. Devanshi slaps Kukarmi angrily.

Devanshi learns Kukarmi is some devilish woman, who has come to snatch everything from her. Kalki supports Devanshi and gets her belief in Maiyya back. Kalki is close to Devanshi’s heart like Ishwar. Kalki is very happy as Devanshi’s devotion and belief have come back. Devanshi asks Kalki how did she learn to talk such sensible things. Meanwhile, Kukarmi challenges Maiyya to save Devanshi if she can. She says Devanshi got saved today, but will not be saved next time. She plans to do a havan to end Devanshi’s spiritual powers. Devanshi will be failing Kukarmi’s plans by Kalki’s help.