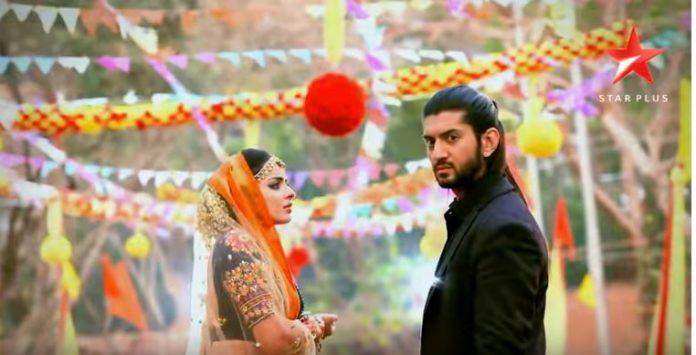 Shivay learns more new things by Anika. Anika asks him to go and have a bath. Anika gets to know about someone breaking the chawl. The man tells them that its Shivay’s orders to dismantle the chawl. Shivay asks the man to stop it. Shivay hides his identity as he promised to Dadi. He tries to handle the situation like a common man. Shivay protests to save Anika’s house, where she has her memories. He doesn’t want Anika’s house to break. Anika too supports him. They have a happy moment in between the tension. Anika tells the man that none can break the chawl now. Anika and Shivay get into an argument with the man. They are taken to Khanna. Khanna gets to see Shivay and reveals about Shivay. Shivay asks the men to clear the place and leave asap. Shivay and Anika come back home after winning the challenge. Dadi welcomes them happily. Bhavya and Rudra share their problems with Anika and Shivay. Anika senses they had a fight.

Gauri tells Omkara about the mistake he has done, he has to fight Dangal and needs power. Omkara sounds confident. Omkara practices Dangal with his servant. The servant runs away after getting hit. Gauri practices with Omkara and does a wife’s duty. Omkara fights the Dangal with a powerful wrestler. He gets beaten up and falls unconscious. Gauri takes a stand for Omkara’s respect. She sees everyone making fun of Omkara. She takes the challenge to fight in Omkara’s place. Gauri fights the Dangal by her smart tricks to tire the opponent. She gets hurt and falls down. Gauri’s injury revives Omkara. Omkara gains a new strength and battles again. Omkara wins the match. Omkara and Gauri come close after this Dangal fight. They risk their lives for each other. Everyone pays respect to them.