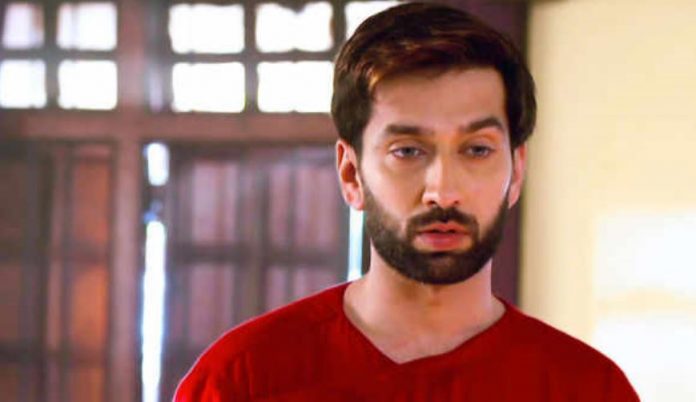 There is much tension in Oberoi mansion. Shivay makes a plan to surprise Anika. Anika loves the decorations and flowers. Everyone enjoys the get together. While they dance, Shivay gets unwell. He falls down all of a sudden, which shocks everyone. Anika holds Shivay and asks Rudra to call doctor fast. Shivay tells her that he has less time, if she has any confusion or feelings, she can tell him fast, he doesn’t want her to have any regrets in heart that she hasn’t spoke her feelings to him. Anika asks her if he is fine. She cries for him. Shivay insists her to speak her feelings. Anika tells him that she always wanted to tell him something, she is not a big fool. Anika gets his medicines and understands his drama. She says you thought I m foolish to fall in this trap, you got these anti allergic pills to plan this. Shivay accepts he was playing a prank. Shivay wanted to hear I love you from her.

Shivay has allergy to certain flowers and makes Anika throw those flowers on her, so that he can act of dying and make her speak love. Anika shows her smartness. Shivay and the family laughs. Anika says I was thinking why am I crying alone and why is Rudra sitting cool than calling the doctor, you all are involved in Shivay’s plan.

Meanwhile, Khanna informs them about guests coming with Jhanvi. Tej takes Peter’s identity. He greets everyone and introduces himself as Peter D’souza. The family gets a shock on seeing Jhanvi getting Tej and Shwetlana home with different identities. They all are familiar with Shwetlana. They wonder what is happening that Tej is doing this drama with Shwetlana. Tej and Shwetlana have come back home. Tej is in big trouble. He hopes the family will help them. Shivay tried well to make Anika confess love. Shivay will continue planning to do something to make Anika confess love to him. There will be good twists in the show. Anika and Shivay will solve Tej’s problem.