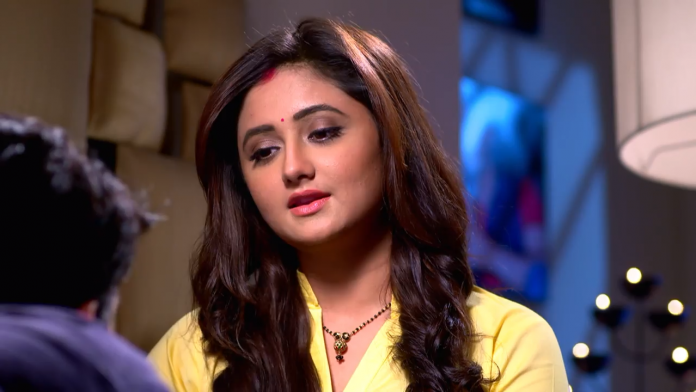 Shorvori loves Parth a lot. She behaves badly with Teni. Teni tries to blow the fire lit inside her room. She puts water, but fire spreads more. Teni fails to control the fire. She shouts for help. Parth hears Teni and runs to her. He finds Teni caught in the fire and saves her. Teni hugs Parth. Shorvori sees them and claps to taunt them about their cheap affair. She says Parth has proved that my trust was broken, Parth and Teni have an affair. Teni tells Shorvori that she was caught up in fire, she was locked in the room and couldn’t come out. She asks Shorvori to come to her room and see. Shorvori insults Teni. Parth is Shorvori’s world. She can’t imagine her life without Parth. She can’t bear to lose Parth at any cost.

Shorvori has left Teni alone in the problem, but Parth heroically saves Teni. Teni knows Parth can’t see her in problem. Everyone is going against Teni. Teni is much upset seeing Shorvori’s bitterness for her. Parth gives an explanation to Shorvori. He tells her that she is thinking wrong. Shorvori humiliates Teni based on her background. Shorvori regrets to choose Teni as her surrogate. She accuses Teni for showing her cheapness and eyeing her husband. There is huge misunderstanding. Shorvori scolds Parth for leaving her alone for such cheap girl. Teni sheds tears. Parth gets a shock seeing Shorvori’s accusations on Teni and him. Shorvori asks Teni not to do any drama. Shorvori asks Parth to stay away from her. She asks Teni to leave from the house, and doesn’t even think of the baby. Parth worries by Shorvori’s decision.