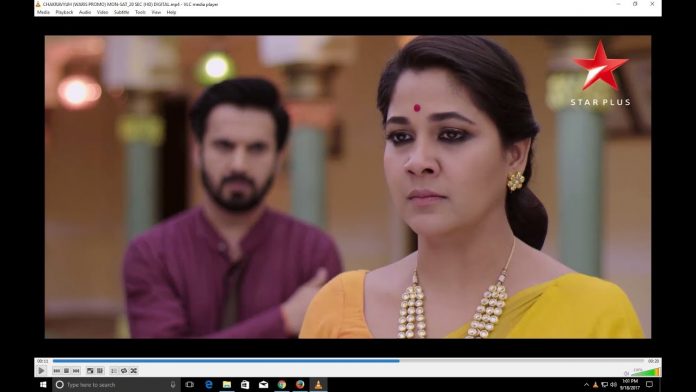 Murari is ready to support Anami in her decision, but he feels Anami’s decision can make them win and lose. He thinks he will lose if Anami decides to stay back in Lal Mahal, but Anami will make his upbringing win. Anami calls Murari and tells him that she will not run away, she will fight for her brother. She wants to find Vatsalya’s murderer and get him punished. Murari is happy that Anami has made the decision to do justice with everyone. Anami wants to fight for Vatsalya’s right. She tells Murari that she will return to Banaras with pride. Murari feels proud of her and asks her to be get victorious. Anami goes back to Lal Mahal, answering Vatsalya’s call.

Anami tells Poonam that she has seen Vatsalya’s photo and felt his presence. She couldn’t leave by turning away from her responsibility towards Vatsalya. Satrupa realizes Anami has come to Vatsalya’s room and confronts her. She asks Anami why did she go to Vatsalya’s room. Anami tells Satrupa that she knows Vatsalya is her brother, and she has right on him. Anami’s emotions for Vatsalya make Satrupa glad. Anami tells Satrupa that she will always be with her from now on, but only to make her life hell. Satrupa cries seeing her hatred. Adhiraj and Anami meet and get into an argument. He feels Anami has used him by acting innocent. He calls her a fraud. Anami fails to explain Adhiraj why she has stayed back. Dadi makes sure Anami gets all the due respect in Lal Mahal. Anami understands she has many opponents in the heirship game.