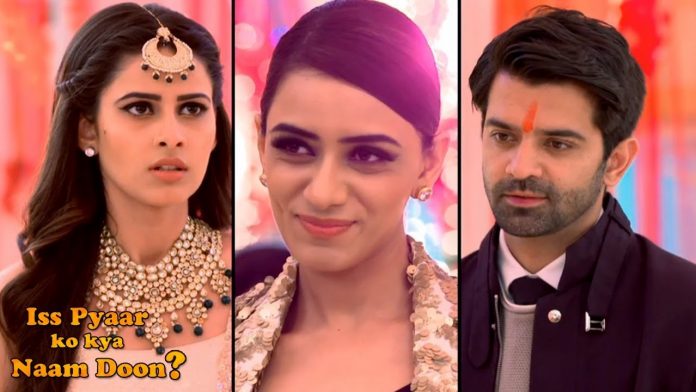 Someone comes to meet Advay and Sasha. The person wants to help Sasha win Advay’s love sooner so that they can get married. Sasha gets help to make Chandni away from Advay. Sasha tries spending more time with Advay. She calls a press conference and announces her marriage with Advay, that’s going to happen with in three days. Advay agrees to marry Sasha. Chandni receives a shock. She confronts Advay over his decision to marry Sasha. He tells Chandni that their marriage doesn’t mean anything to him and he will surely marry Sasha.

Chandni promises Advay that she will not let him succeed in his plans. She doesn’t spoil the press meet and shows she equally cares for his respect and image. She holds her worries and tries to appear calm. Chandni tells Nani that she will see if Advay will really marry Sasha and accept her as his wife. Chandni tries hard to get Advay’s attention. She uses her charm on him. He asks her not to risk her life. He saves her when she puts herself in danger. She tells him that she will revive the love in his heart, and will take any risk to get his love. She can’t believe Dev’s love turning into hatred. She gets determined to win his love.