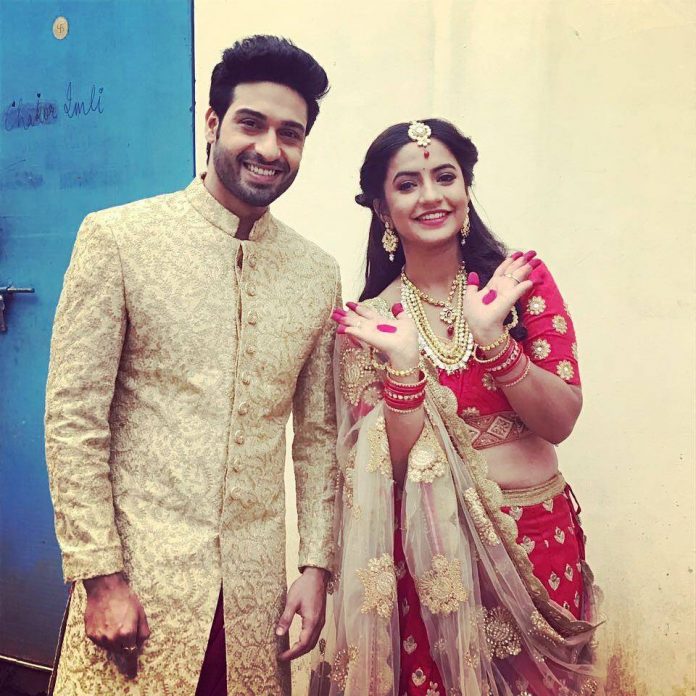 Suraj hears Imli talking to someone on call. Chakor spies on Ranvijay, who talks to Imli. Imli and Ranvijay plan to separate Chakor and Suraj. Imli fixes the meet with Ranvijay. She tells him that they will meet and make the plan. Suraj gets doubting on Imli and keeps an eye on him. He asks Imli did she come back so soon if she has gone to meet Chakor in Banaras.

Imli calls him mad to follow her. She asks him why does he care whom she meets and where she goes, Chakor has moved on in life and he should also move on than keeping a watch on other’s lives. She says Chakor has got married and will soon become a mother, how long will he believe her. She then meets Kasturi and provokes her against Chakor.

Kasturi gives sargi to Imli and talks of Chakor. Imli angrily asks her to just think of her, as she is the only daughter now. She asks her not to talk about Chakor.

Chakor calls Imli and asks her to meet her soon, and she can return to village before fast breaking time. Chakor decides to keep Karwachauth fast for Suraj and pray for his long life. She is sure that Lord will protect Suraj. She doubts on Ranvijay. She takes help from Kavya and asks her to help her in meeting Imli. She asks Kavya to help her divert guards and go out of the house. Ranvijay’s family is scared of him. Chakor asks how will I go out if you all don’t help me. Chakor fools Ranvijay and manages to leave from his house. Will Chakor find Imli’s truth? Keep reading.