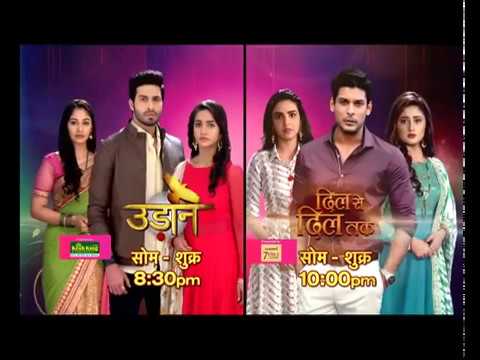 Udaan:
Chakor is disheartened after learning Ranvijay’s truth. She didn’t know he is mad to hurt his own family to fulfill his motives. Ranvijay keeps a good image in front of everyone, but he has shown his true side to Chakor. Chakor gets worried when Ranvijay shoots his sister Preeti. Chakor feels she has got caged in Ranvijay’s house and has to find some way to escape. She learns Ranvijay has killed Kavya’s husband also. She seeks help from Kavya to get her freedom back. Kavya helps Chakor and diverts Ranvijay. Chakor hides and runs out from the house, without getting shifted by Ranvijay. He gets angry on not finding Chakor at home. Chakor has kept a Karwachauth fast for Suraj. She is much worried and wants to meet him somehow.

Imli imagines a happy union of Sukor. She fears Chakor and Suraj will unite. Imli is tensed thinking Suraj has learnt her plan. Chakor sees Ranvijay and hides from him. She leaves for Aazaadgunj. Ranvijay checks all the cars and looks for Chakor. Imli’s truth will be coming out soon. Imli is also on the way to meet Chakor. Imli wants to stop Chakor from meeting Suraj. Imli’s car breaks down, and she fails to reach Chakor.

Parth comes to meet Shorvori. He confesses love to her. Shorvori acts unaffected. Parth questions her what is she hiding, why is she doing all this. She refuses to stay with him. He tells her that she means his world. She asks him to leave. He refuses to leave without knowing the matter. She calls police and sends him away. Parth tells her that he will always love her, and he knows she also loves him, he will love her till his last breath. He says you can’t make me away from yourself. They love each other a lot. She sheds tears.