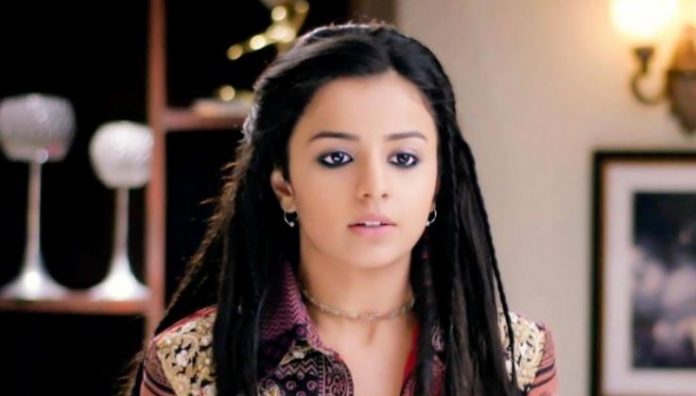 Adhiraj and Dheeru get into an argument. Adhiraj hates him for using him for his greed. He tells Dheeru that he is not less than a criminal. Dheeru loses his cool. He slaps Adhiraj for his words. Adhiraj gets saddened. He heads to meet Anami, who has understood him. Adhiraj calls Anami and asks her to meet him. Anami asks him if he has to spy again. She refuses to meet him. Adhiraj convinces her to meet. He deals with his sorrows. He lightens his heart and wishes to hear something good from her. Anami’s words give him peace and also guides him. Anami tells Adhiraj that her foster parents told her the truth at a tender age, and never cheated her. She says they have supported her in accepting the truth, but she always had something incomplete in her, that was because of her twin brother Vatsalya, who stopped her in Lal Mahal the day she was running away.

Adhiraj realizes Anami has stayed back for Vatsalya’s sake. Anami tells him that they can’t do anything against fate, so they should just give in and enjoy life. Adhiraj tells her that he has none on his side. She asks him to make a house for himself. She asks him not to doubt on everyone.

Adhiraj sees a clearer picture of life by talking to her. Adhiraj drops the lab reports unknowingly. Anami keeps it to return it to him. She doesn’t check it.

Adhiraj comes home and tries to mend his relation with Dheeru. Dheeru and Adhiraj have a hearty talk. Adhiraj tells him that he is a suspect in his case, but he doesn’t want to doubt on him, when he is at home. He puts efforts on Anami’s saying. On the other hand, everyone in Lal Mahal discuss whom to give the votes. Pujan tells Kamini that they will win after the voting results come. Pujan decides to give his vote to Lal Mahal’s enemy.