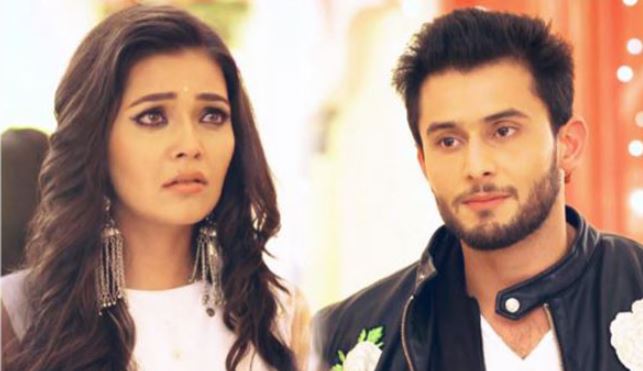 Bhavya arrives for her new job. She gets a surprise on seeing Rudra. Bhavya has joined Rudra’s company as the security incharge. Rudra is heartbroken. They have become against each other. Bhavya asks Rudra why did he hire her, what’s this joke. Rudra tells her that he is not joking, he just wanted to keep her on work, as he knows her talents well. He wants to insult her and take revenge. He reminds her the slap, how she insulted him in front of everyone. He doesn’t know that Bhavya didn’t marry her friend Manav. He is mistaken about her.

Rudra is hurt that Bhavya didn’t understand his love, while she is hurt by Rudra’s misbehavior. Rudra tells Bhavya that he was proving that he is not an immature kid, but now he will show what he can do by making every day of her work tougher. Rudra takes a heroic avatar and manages the company to prove he has grown up. He welcomes her in company and makes a mind to trouble her. Bhavya gets hurt by his behavior, as she still loves him. Misunderstandings make their relation worse.