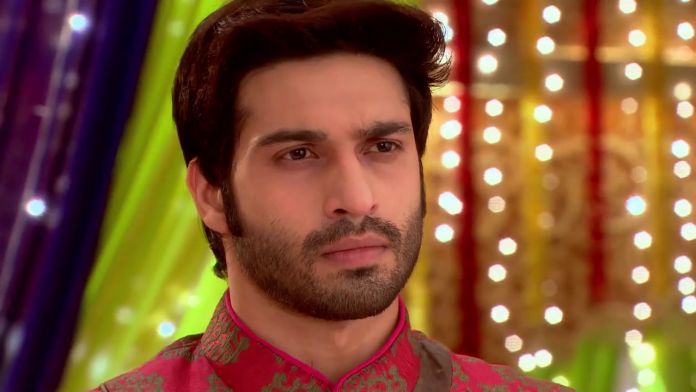 Suraj has entered the house to save Chakor. He applies black color on his face. He doesn’t want Ranvijay to identify him. Ranvijay tells Chakor that his target has himself come home and now he will hunt him down. Chakor worries if Suraj has come home. She asks Ranvijay what does he mean. She knows Suraj is mad in her love and can do anything, he can come here even if she stops him.

Ranvijay asks the guard to shoot the intruder at sight. Chakor gets worried. He makes the guard check the entire house. Ranvijay doesn’t know Suraj is the intruder. Chakor asks Ranvijay why does he want to kill the intruder, he may be a thief. He says thief also needs a punishment. Chakor wants to confirm from Kavya if Suraj has really come home. She asks Kavya to describe the intruder. She tells Kavya that Ranvijay has played the tv news game to catch Suraj in his trap. Kavya describes Suraj. Chakor gets worried for Suraj. Suraj hides under the bed. He gets saved from the guards. Ranvijay gets angry on his family. They are celebrating Diwali at night. Chakor doesn’t want Suraj to get caught and killed by Ranvijay. She prays for Suraj’s safety. Suraj waits for a chance to meet Chakor.