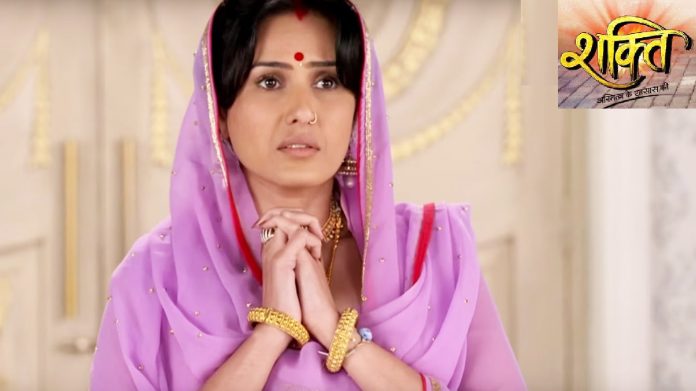 Gurumaa troubles Soumya. She gives many works to Soumya. Soumya obeys Gurumaa and is ready to do anything for Harman’s love. Harman asks Gurumaa what is she doing, why is she giving them many tasks. Gurumaa tells her about the karwachauth rasam. He says Soumya won’t do anything, I will fulfill all your tasks, don’t get Soumya in between, she is already fasting, Soumya is much weak. He stops Soumya from doing anything. Gurumaa asks Soumya to pass the water from one bucket to another, without using any bowl or mug.

Soumya acts smart and uses her saree cloth. She dips her saree cloth inside the water to soak water and pass it to other bucket. Soumya proves she is smart and can qualify as a good wife. Harman is angry that kinners make them do anything on the name of love test. Harman and Soumya are trying to get each other. On the other hand, Preeto gets a shock when she sees Harak with a girl. She angrily ruins the room. She asks Harak how did her love die so soon that he got Mohini home. Mohini tells Preeto that its all a drama. Mohini likes the big house and eyes it to become part of Singh family. Preeto doesn’t want Mohini to stay with them. Harak tries to explain his plan to Preeto. He tells her that Harman will soon know about Preeto’s sautan and come back home to fight for his mum’s rights. He asks Preeto to support him in his plan, as he just wishes to get their son back.