Piyaa Albela:
Naren misunderstands Pooja. He sees her with Mr. Kapoor in the hospital and loses senses. He feels Pooja is responsible for Mr. Kapoor’s state, she has done his accident. He accuses Pooja for everything. Naren’s anger blasts on Harish and Satish. They both stop Naren from drinking. They throw the wine bottles out of the house, so that Naren doesn’t burn himself in hatred. Harish asks Naren not to run from truth and realize Pooja’s goodness. Rahul is happy that Pooja’s truth came out, she is still the same and Naren’s lover, but her truth can’t be proved to Naren. Pooja sheds tears for Mr. Kapoor. Naren goes to learn the truth from Mr. Kapoor. He breaks down emotionall and learns Pooja’s truth.

Urmi and Maasa try to anger Adhiraj and make Devi out of his room. Their plan flops. Adhiraj doesn’t make Devi out. Adhiraj takes her help. Maasi gets angry when her plan fails.

Woh Apna Sa:
Jia coincidentally meets Kakimaa. She gets emotional and feels the past connection with Kakimaa, while Kakimaa gets a huge shock on seeing Jhanvi back.

Bhairavi has got Mata Rani’s Rudraksh beads and also the powers. She challenges Mata Rani/Simar that she will use her powers and ruin her. Since Mata Rani took Simar’s disguise and came to expose Bhairavi, the latter is also trying her best to prove Simar is fake. She scolds the tantric for failing to prove about Simar. She asks him if he is a real baba or any fraud to dupe moment. Simar has killed the tantric.

Ishqbaaz:
Omkara breaks out his sorrow to the family. He reveals about Gauri’s step to marry Ajay. Shivay and Anika get a huge shock knowing about Gauri’s decision to marry Ajay. They realize Gauri maybe helpless and have some reason behind doing this. Omkara doesn’t know Gauri has been trying to reach him for a final talk. Omkara fears to lose Gauri forever. He emotionally breaks down. Shivay and Rudra promise Omkara of getting Gauri back. The Oberoi brothers take the task to get Gauri home with all due respect. Anika and Bhavya support them. The group reaches Bareilly in disguise to stop Gauri and Ajay’s marriage.

Tejaswini and Prem confront Preeti for her crimes. Preeti challenges them to win over her. She calls them fools and wants to make them pay for their deeds. Tejaswini calls her a cheap minded girl to not value true love and become a vamp in her sister’s life.

Kundali Bhagya:
Karan and Preeta’s cute moments will be seen, while they are on a big task to expose Sherlyn. Karan asks Preeta not to make any mistake this time. Preeta tells him that they have less time to get the evidence against Sherlyn and play the recording in the Karwachauth event. She doesn’t want to lose the chance. Karan also realizes they have just few hours in hand. They both get more sound to workout their plan.

Uma gets back to his regressive beliefs after Maasi instigates him against Kanak, Vansh and Saraswati. Uma declares Saraswati is dead to him from now. He does her Shraddh puja. Uma confronts Kanak for her betrayal.

Tara gets angry and follows someone. She has got her new target. She wants to murder the guy, who is cheating a girl in love. Deep will be using a chance when his car breaks down. He tries to show Aarohi how much he loves her. They have a romantic moment. Aarohi feels cold by the snowfall. Deep covers her up. He gives an explanation to her and tells he loves her more than she can imagine. He tells Aarohi that he can do anything for her love. Aarohi believes him. Tara is also followed by inspector Lakshya, who suspects Tara is the serial killer. Deep manages to stop Tara from committing another murder. Lakshya understands the killer is on the loose. He decides to re-open the case to catch the serial killer. 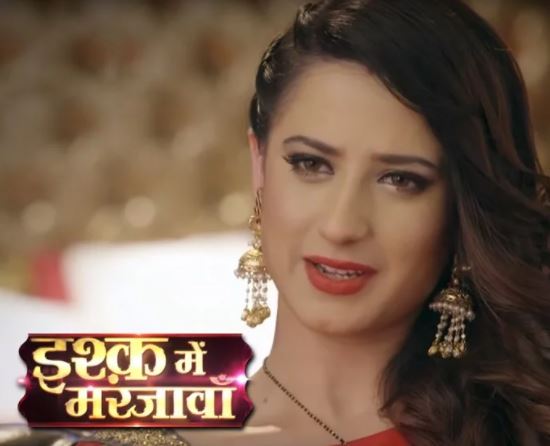 Dil Se Dil Tak:
Shorvori meets with an accident. Teni gets to see Shorvori fallen down her car. Teni screams sighting this. Teni tries hard to save her, but falls down on the way. Shorvori gets away from the car and runs away inside the jungle. Teni sees Shorvori’s car burning. She gets a huge shock thinking Shorvori died. She tries to seek help from the people passing on the road. No one helps Teni. Teni feels helpless.