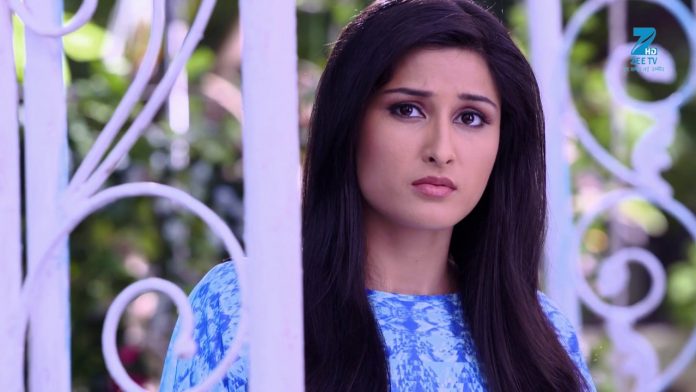 Surbhi makes Pooja’s dress catch fire. Rahul gets angered on Surbhi for her foolishness. Naren rescues Pooja and worries for her. Rahul doesn’t want Naren and Pooja to get together. He feels Surbhi’s stupid attempts can revive Naren’s emotions in heart. Mr. Kapoor and Naren get their hands burnt while saving Pooja. Pooja just cares for Naren’s burns. She takes him for doing the aid. This upsets Mr. Kapoor, who feels she didn’t care for his wounds. Mr. Kapoor sees Pooja’s concern for Naren.

Rahul tries to provoke him. Rahul knows Mr. Kapoor loves Pooja. Naren gets engaged with Surbhi, shocking the family. He blames Pooja for marrying Mr. Kapoor and coming to get engaged to her. Pooja doesn’t understand why Naren is doing this. She is not aware of Mr. Kapoor’s lie. Naren hurts Pooja. Naren and Pooja’s families support Pooja in such a shocking moment. Naren breaks Pooja’s dream, heart and engagement. He angrily drags Pooja out of the house. She gets speechless. Mr. Kapoor makes Pooja wear the ring and gets engaged to her, promising her happiness. Naren wants Pooja to cry out her pain. He mishandles Pooja, shocking the family.

Naren challenges Pooja and asks her to pass three challenges, else he will kill her. Naren gives her a shock upon shock. Everyone wants Naren to stop his madness. Pooja doesn’t get scared. She agrees to his conditions. She tells him that if she loses, he will decorate his marriage mandap. She tells Naren that she just wishes good for him, she will dance in his baraat and will make his bride Surbhi ready. She is confident of her love. She is sure that she will pass in the love test. Naren scares her, but she is determined. She gets four days time to prove herself. Naren’s celebrations get shaken by her presence. Pooja doesn’t want to lose Naren’s love.