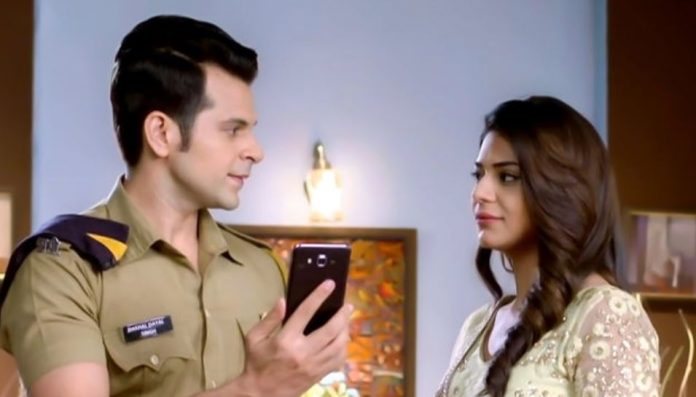 Neil and Avni want to save Mishti from Vidyut. Avni is staying in Vidyut’s house. Neil fails to get Mishti from camp. Vidyut insists of taking Mishti home. Avni had no option than to leave with him. Neil lands in Vidyut’s casino in disguise. He meets Avni and tries to rescue Mishti. Neil and Avni dance in the masquerade themed party. They get a moment and recall their memories. They dream of their romance. Neil hides his identity. Vidyut keeps an eye on Avni. Vidyut doesn’t want anything to go wrong in his casino’s opening party. Neil doesn’t want Vidyut to know his intentions. Its a last chance for Neil and Avni to get Mishti and run away.

Neil and Avni are trying to workout their plan. They try to fool Vidyut by keeping a dummy in Mishti’s place. Avni hides Mishti from Vidyut. Neil keeps the dummy, while Avni leaves with Mishti. Vidyut gets busy in his work. They succeed to leave from the casino. Mishti was refusing to go with Avni. Avni convinces her by telling that she will take her to some place where everyone loves her. Mishti is scared of Vidyut. Avni pacifies her. She says everyone will give her dolls and allow her to play freely. Mishti happily goes with her.

Neil catches Vidyut and stops him from escaping. Vidyut has no plan than launching the casino. Vidyut learns Neil’s truth and unmasks him. Before the goons could stop Neil, Neil nabs Vidyut and exposes him. Vidyut falls in everyone’s eyes. Neil tells about his crimes to everyone present in the casino. Neil gives a huge shock to Vidyut. He tells everyone that Vidyut holds a good image in society, but the truth is he runs human trafficking by lying about an old age home, Vidyut has ruined many girls’ lives, he has killed Juhi too. He tells Vidyut that he can’t get saved now. Neil and Ali get caught inside the casino. Avni worries for them. Vidyut rages to take revenge. Mishti’s birth truth will be coming out. Neil was feeling guilty thinking Mishti is Juhi and his daughter. He was getting emotional talking to her. It will be revealed that Mishti is Vidyut and Juhi’s daughter. Neil and Avni will be knowing this big truth.