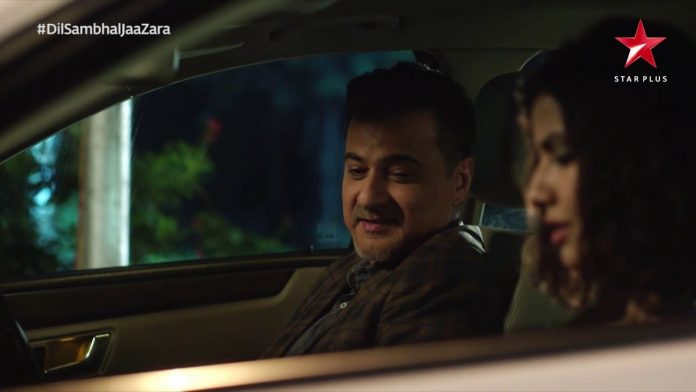 Ahana manages to keep Laila away from Anant. Ahana learns that Laila was proposing Anant for marriage. She asks Anant about his opinion on re-marriage. Rehaan apologizes to Saloni. Before he could irritate her with his nonsense, Ahana and Tarun come to interrupt him. Anant gets surprised by Laila and Ahana’s interest in him. He tries to know Ahana’s intentions behind bonding with him. He recalls his late wife’s wish that he should remarry some day. He never found anyone like his wife to take her place. He thinks of his promise to his wife that he will remarry if he finds someone touching his heart.

Gupta confronts his wife for giving the cheque to Laila. She tries to hide the matter from him. Anant spends time with his daughter. She feels bad that he doesn’t give her attention. He tells her that he is always with her. She asks him if he is in love with someone. Anant doesn’t like to answer her. He doesn’t have the answer himself. Laila tells Ahana that she wants to make a relation with Anant as she loves him. Ahana knows her real motives. She scolds Laila for falling to new low levels. Laila shouts out to defend her cheap doings. Ahana has no interest in knowing about Laila’s fake sacrifices. Ahana is keen to fail Laila’s plans. She doesn’t know how to break truth to Anant. She calls him up for a meet. Anant refuses to meet her. He doesn’t want to upset his children by having anyone in his life.