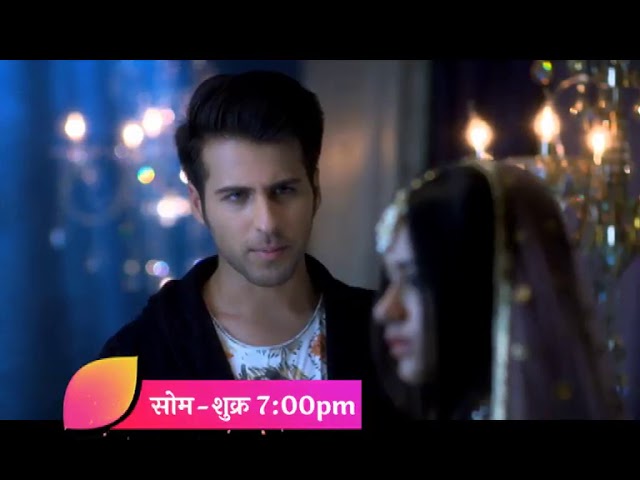 Ahaan tricks Pankti and gets his name written in her hands. He lies to her that its magical mehendi and his name is written itself, as he is her true life partner. She was believing his joke. He finds her very innocent. Ahaan’s family is also trying to help him win her love. Ahaan confesses love to her. He tells her that he can’t live without her. Pankti gets away from him. Ahaan doesn’t know where she has gone. Vikram stops Ahaan in the function. JD catches Pankti to give her a torture surprise.

JD is angered that Pankti came to a function without his permission. He doesn’t want her to get any freedom. JD reminds Pankti that she is his slave and she can never become someone’s bride. He tells her that she can’t have any dreams or wish to love someone. Ahaan reaches Pankti her and asks her why can’t she love him, what’s the problem. Pankti tells him that she doesn’t have any right to love, as she is already sold to someone. Ahaan gets a huge shock knowing this truth. Ahaan gets determined to get his love.