Dil Se Dil Tak: Bhanushalis doesn’t want Teni to get upset in her baby shower ceremony. Indu tells her that they have done all this to give her happiness, they don’t want Teni to cry in such a happy moment. Teni’s happiness gets low when Indu’s friend taunts Teni to insult her. Teni tells her that she will not go anywhere leaving Parth, she doesn’t need any relation name in society to be dutiful towards Parth.

JD is angered that Pankti came to a function without his permission. He doesn’t want her to get any freedom. JD reminds Pankti that she is his slave and she can never become someone’s bride. He tells her that she can’t have any dreams or wish to love someone. Ahaan reaches Pankti her and asks her why can’t she love him, what’s the problem. Pankti tells him that she doesn’t have any right to love, as she is already sold to someone. Ahaan gets a huge shock knowing this truth. Ahaan gets determined to get his love.

Jia tells Chini that Arjun can never be Aditya, as he is an ill mannered guy. Chini believes Aditya has taken rebirth as Arjun. Jia wants to plan against Nisha. Arjun goes for the job. Nisha asks him to make an old servant accept that he has stolen her diamond bracelet. She promises to give him the job if he can make the servant accept the mistake. Arjun goes to meet the servant. He gets a huge shock on meeting his dad, who is in a bad state in Nisha’s clutches.

Mishti gets hurt. Neil takes Mishti to the hospital. Avni worries for Mishti. Vidyut reaches the hospital too. Neil and Avni want Mishti to get fine. They are trying hard to keep their promise to Juhi. Neil has reached Mumbai from Goa. Mishti has some blood loss after getting hurt. Vidyut is brought there for police investigation. Juhi also reaches there to meet Mishti. Vidyut misses to see Juhi. DD gets Juhi secretly. Juhi can’t stop herself from seeing her daughter. Neil wants Juhi to hide her identity as he has put her murder blame on Ragini pandit.

Pooja gets a huge shock when Naren keeps his condition. Naren asks her to prove her kundli dosh problem, which was known to even Supriya. He asks Pooja to make Supriya speak out the truth and prove that Pooja is true. He tells Pooja that she has taken divorce from him by this story. He gives her a day time to make Supriya prove the truth. Harish worries knowing Supriya’s memory loss state. He wonders how can Supriya help Pooja.

Ranvir’s crime gets proved. Anchal tries to get Ranvir punished for his evil deed. Police comes to arrest Ranvir, which infuriates Kabir. He asks how dare an ordinary girl come in front of them. Anchal is deceived and called to collect the evidence. Kabir kidnaps Anchal and threatens her. Ranvir is sure of Kabir’s madness. He knows Kabir will save him. Anchal tries to make the truth win.

Everything gets fine between Naksh and Kirti. The track shifts to Kartik and Naira again. Naira finds difficult to select a dress to wear on her birthday. She checks out all her wonderful dresses, but doesn’t find anything stunning enough. She wants to look special as its her first birthday celebrations in Goenka house. She is very excited. She asks Kartik to finish all his work, as he has to stay free on her birthday. Kartik teases her and tells her that he has more work tomorrow, he shouldn’t make any mistake, if there is any special occasion, he can see if he can change plan.

Shakti:
Mohini tells Preeto that Harman and Harak are fighting, when its all Preeto’s plan, she is a mother after all. She just wants money from Harak. Soumya gets emotional when she gets Maninder’s love. She says Maninder is not bad, he didn’t have strength like my mum to support me. She cries and misses her dad.

Yeh Hai Mohabbatein:
Ishita goes to jail for the crime she didn’t do. Raman asks Ishita to tell him the truth. Ishita hides Pihu’s mistake. Simmi seeks revenge, as Ananya meant the world to her. Ishita gets life imprisonment. The show will get the leap track. Raman and Ishita will be meeting in Budapest. The lovers will be meeting as strangers. She becomes his business investor.

Udaan:
Ranvijay shouts to Suraj to come out, else he will shoot at Chakor’s stomach to kill the baby. He tortures Chakor. He says Suraj will come to save Chakor. Imli has informed Ranvijay about Chakor’s plan. Chakor asks his family not to tell anything about Suraj. Ranvijay demands them to reveal the truth fast, in order to save Chakor’s child. Chakor asks him to get ready, as Suraj will come and punish him for his crimes. 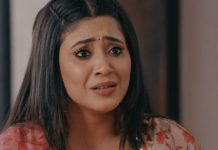 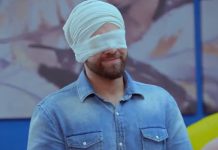 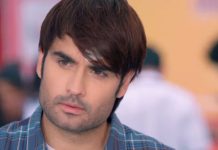