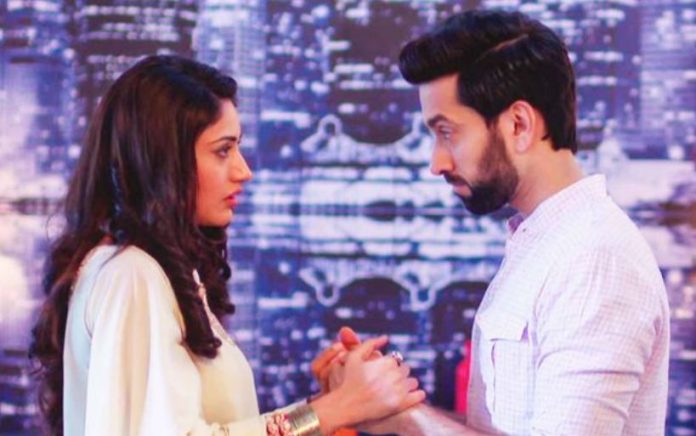 Shivay and Omkara get busy in cooking good for their wives. Rudra gets disappointed. He asks them what are they cooking for him. He asks them to recall what all happened, and remember the argument. Shivay wants to make sweet dish for Anika. Anika is hurt as Shivay didn’t reveal anything to her about getting Gauri back. Shivay tries to make his marriage successful. The girls watch a tv show and hear about the trust test, as marriage keeping is a tough thing. Anika comes up with an idea. Anika decides to test Shivay’s trust by following the show example.

Gauri doesn’t want to test Omkara, as he has proved his love. She asks Anika to leave the tests. Gauri doesn’t feel there is any need. Anika insists that they should take the test. Gauri goes for the two way to test the trust. Gauri answers the questions and learns she completely trusts Omkara. Bhavya misses Rudra. Anika falls down to test Shivay’s trust. She gets hurt. She tells him that she was taking his test, but he has failed as he didn’t hold her. She is angry that he didn’t tell his plans and didn’t take her to Bareilly.

Shivay tells her that they have much trust between them, so they have crossed the journey with ease. Anika gets convinced. He passes in the trust test.

Gauri misses her sister. She wishes she gets her sister back. Omkara cheers her up. He gets the sweet dish for her. The duo gets in a romantic moment. Shivay wants to spend time with Anika. Rudra disturbs them. Shivay doesn’t answer him. Rudra goes to Omkara, and even he doesn’t answer him. Rudra’s heart breaks. He feels he has lost his brothers, who got married. Omkara and Gauri romance. Omkara wants to spend time with Gauri. Rudra emotionally blackmails his brothers. Abhay tries to decode the video elements. He decides to find to person seen in the video to reach the fire incident truth. Abhay stays revengeful.