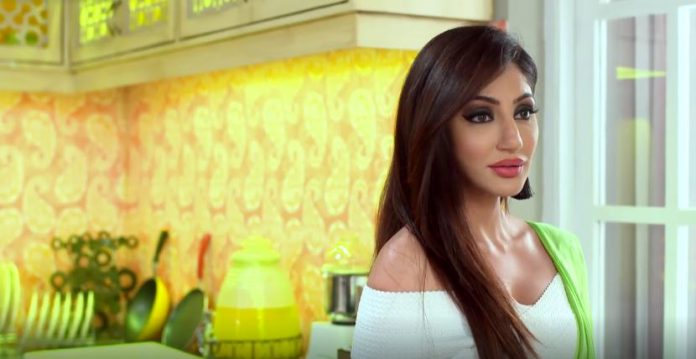 Shivay, Omkara and Rudra leave for the Goa trip, as Rudra was planning an outing since long. Rudra wants to spend time with Shivay and Omkara. Obros go away from wives to have some peace and fun. Still, they miss their partners. Rudra gets upset with Shivay stops the car and gets busy talking to Anika on call. Shivay tells Anika that he can tell her what happened with them, if she wants to know. He tries to test her trust. He tells her a story. He lies to her about a girl taking lift from them, when her car broke down. Anika says I know you, no girl will see you when Omkara and Rudra are around you. Shivay tries to boast of himself. He lies that he has given the lift to the girl, he lifted her and made her sit in the car as she has hurt. He makes Anika jealous. Omkara too calls Gauri and cooks a story. Rudra asks them will they just stay on phone, or will they drive ahead.

Shivay angers Anika by telling a fake story. He says we are enjoying a lot here, we got a good company. Omkara and Rudra get shocked seeing Shivay’s naughty talk. Rudra asks Shivay not to trouble Anika. Rudra sees the watch. He asks Shivay and Omkara how much time will they take on call. He asks them to come for a brothers’ hug. He sits alone, while Shivay and Omkara continue their lovey-dovey talk with their wives. Rudra says no use to come so far, they both are still busy. He wants them to attend him. Omkara gets free early. Shivay argues with Anika.

Shivay’s fake story soon turns true. They get a girl on the way, who asks for lift. When they see the girl, Rudra says Shivay’s story has turned true, he would have wished for something else. They give lift to her. Rudra gets upset when the girl praises Shivay and Omkara. Omkara tells Rudra that Shivay and he are married, and just Rudra is single, so he can go ahead if he wants. The girl makes them have a drink, as weather gets hot. She spikes the drinks, to rob them and run away. There are many twists coming up. Shwetlana has come back with a new motive. She meets Abhay secretly. Abhay is trying to gather proof against Oberois. Abhay and Shwetlana get together to trouble the Oberois.