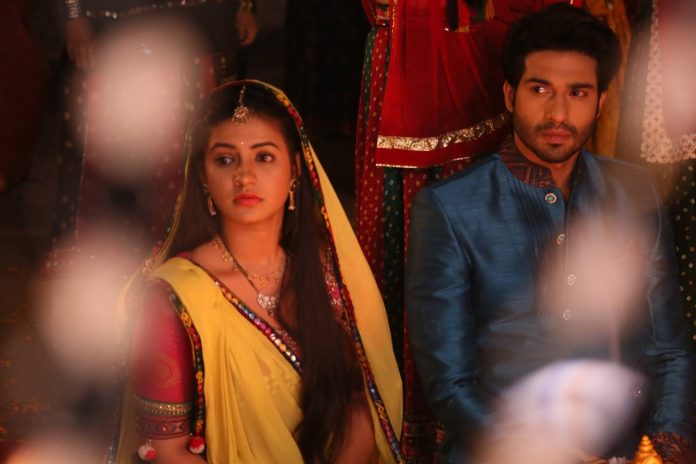 Ranvijay has shot Chakor. His family does the dressing to her wound. He turns mad and hurts his family to know about Chakor’s plans. He asks Chakor to call Suraj home. Chakor refuses to him. She asks him to have some shame to raise hand on woman. She stops him. Ranvijay tortures the family. Chakor agrees to call Suraj. She calls Suraj and tells him about the tortures. She asks him to come home.

Chakor tells Ranvijay all her plans. She says Suraj has gone to the police commissioner with the evidence we collected by provoking your anger. Ranvijay gets a shock. Chakor says we have planned to get you punished. Ranvijay makes a call and gets Suraj attacked to stop him from meeting the commissioner. Chakor doesn’t want the women to bear more tortures. She then learns about the attack on Suraj. Suraj manages to do the task.

Suraj has exposed Ranvijay by dropping the evidence at the commissioner’s house. Ranvijay gets arrested. Suraj and Chakor get united. They get freedom for Ranvijay’s family. The good wins over evil.

Suraj, Chakor and Ranvijay’s family women dance happily. They have got free from Ranvijay. Ranvijay’s family gets emotional. Chakor and Suraj plan to go back home. Ranvijay’s mum does their aarti. Kavya and Preeti make Suraj their brother, as he has protected them. They tie the rakhi to Suraj. Suraj gets a new family. Kavya ties the rakhi to Chakor as well, as Chakor has risked her life to save them. Chakor gets too emotional. Suraj gets happy and looks forward to welcome their baby soon. Suraj and Chakor leave for Aazaadgunj, unaware that Imli is waiting to create troubles for them.