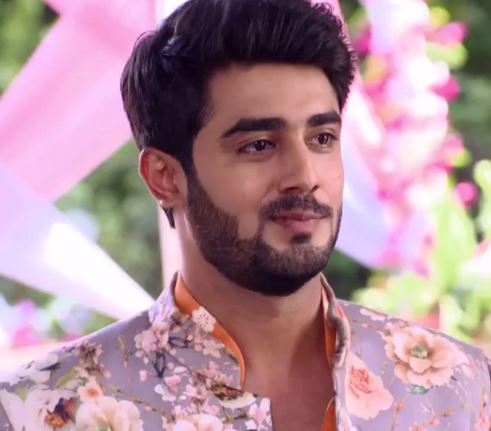 Naren feels guilty of his doings, while Mr. Kapoor goes mad for Pooja. Mr. Kapoor gets the news of Pooja and Naren’s union. Rahul instigates Mr. Kapoor for making a re-entry in Pooja’s life to draw her apart from Naren’s life. Naren fears he will lose Pooja, but he is sure his love will not get away. Naren decides to repent for his mistakes. He wants to start a new life with Pooja. Harish tells him that Pooja will definitely accept him, as she has willingly faced his anger and hatred. He asks Naren to confess his feelings and also apologize by a true heart. He gives him sindoor. Naren imagines a happy moment with Pooja. Naren looks for Pooja.

Mr. Kapoor emotionally blackmails Pooja. He does suicide drama to get her attention again. Rahul is sure that if Pooja runs to Mr. Kapoor this time, Naren will never let her come back in his life. He assures Surbhi that her marriage with Naren will happen. Pooja worries for Mr. Kapoor’s life. She acts selfless and runs to stop Mr. Kapoor from attempting suicide. Naren feels any punishment would be less than him. He doesn’t fear for anything, if Pooja forgives him once.

Naren comes to meet Pooja at her house. He gets into a fight with Anuj. Anuj loses temper. He scolds Naren for always hurting Pooja. Naren learns Pooja has gone to Vyas mansion and didn’t return till now. Naren says she has left from there. Anuj says you have done something with her. He asks Satish to call police.

Anuj wants to take revenge for all the tortures done on Pooja. Naren’s words get true, when Anuj and his friends catch Naren in middle of the road and beat him to pulp to punish him for all his wrong doings. Naren gets much beaten up and tries reaching Pooja. Anuj asks him about Pooja.

Pooja tries to convince Mr. Kapoor to stop his suicide. Mr. Kapoor holds Pooja’s hand and proposes her for marriage. Pooja gets in dilemma and saves his life by agreeing to him, as per the time needs. Pooja was very happy to get back in Naren’s life after passing all the four tests. Pooja changes her mind when Naren meets her. She was thinking to share her letters for Naren. After Naren realized his mistakes, he apologizes to her. Pooja tells him that he has no right to return in her life now. She ends her relation with him. Naren can go to any extent to get her. Naren is ready to face any difficulties. How will Naren deal with Mr. Kapoor’s madness? Keep reading.