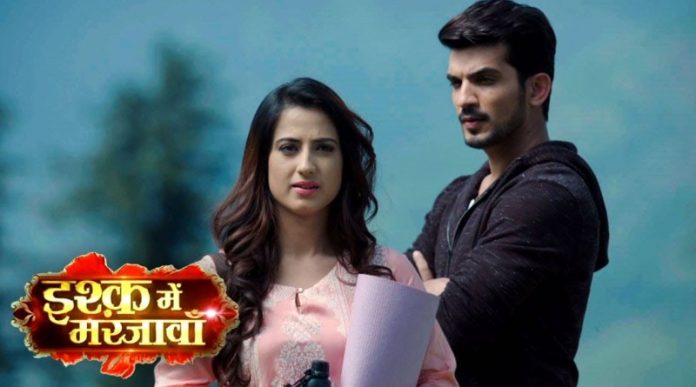 Aarohi reaches police station. She wants to take Laksh’s help. She starts doubting on Deep, after Sushant revealed Deep’s truth to her. Laksh has hope that Aarohi will help him in solving the case. He asks her why did Deep buy two similar bracelets. Aarohi wants to find the truth. Aarohi tells Laksh that Deep is a nice man, he loves her a lot, she doesn’t doubt him. She says I was wrong to come here to take help, you have made a story and held my husband wrong, its not useful to talk. Laksh stops her. She asks him to help her find Sanaya. He asks why do you want to find her, Deep has told she is fine. She asks him to find Sanaya if he really wants to help. She doesn’t answer his questions.

Deep gets injured after fighting with Sushant. Aarohi takes care of him. Deep sees her genuine care. Deep and Aarohi have a moment. He just wants to protect Tara. He saves Aarohi just for Tara’s sake. He lies to Aarohi about Sushant. He tries to put the blame on Sushant, so that Tara doesn’t fall in trouble.

Deep worries that Aarohi is spying on him. Aarohi is doubting him. She wants to find out what’s wrong happening in her Sasural. Deep traps her in his words. He tells her a fake story to lie about the bracelet. Deep is tensed by her questions. He learns she has the other bracelet too. She thinks what’s the need of two similar bracelets. Deep shows his concern. He makes an emotional story around his Dadi. He says I wanted to gift you my Dadi’s bracelet, which got lost, so I asked the family jeweler to make similar one for you. Aarohi’s doubt about the bracelet gets cleared.