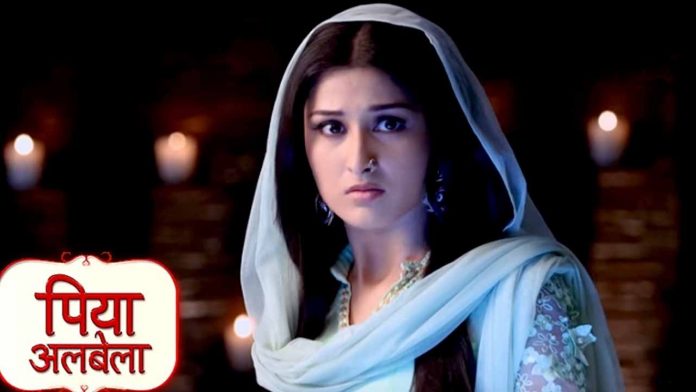 Naren is going to marry Surbhi. Pooja makes Surbhi ready for the marriage, as she had promised before. Naren asks Pooja how much will she make him wait, did she run away. Pooja says its not possible that your marriage happens without me. She ties him the pagdi. She hides her tears. She finds him broken. Naren drinks wine to lessen his sorrow. Harish is worried seeing them getting apart again. Pooja makes Naren ready and takes him to mandap. The big twist makes their love story incomplete again.

Naren has decided to marry Surbhi when Pooja rejected him. Pooja has her own plans and knows this drama is just for some time, so she goes with the flow. Naren says someone else is the bride today. Pooja performs in the function as she has told him. Pooja drinks the wine too. Naren and Pooja dance together. Pooja tells Harish about Rahul’s evil plans. She says let Rahul think he will win, I trust my love, I will not let Naren marry Surbhi. She assures Harish that this time she will not break Naren’s heart. Harish wishes it all happens as she planned.

Naren and Pooja compliment each other in the baraat. Naren plays the dhol, while she dances on the beats. She keeps her words of dancing in his baraat. Naren turns angry seeing her happy with the happenings. Pooja doesn’t care for anything. Her attitude hurts him. Pooja makes the family dance. Pooja has a special motive behind doing this. She is confident that her plan will work, she will not let the marriage happen. Naren’s heart breaks. Mr. Kapoor gets angry seeing Pooja dancing with Naren. He creates a scene. He raises a hand on her. Naren fights with Mr. Kapoor. Mr. Kapoor shows his violent side.