After Anika’s pregnancy assumption drama, Shivay and Anika decide to give real happiness to the family by extending their family. Much romance will be seen between the lovebirds. Shivay and Anika dine with everyone, while holding hands and romancing. Omkara too follows Shivay. He takes lessons from Shivay. He holds Gauri’s hand and signs romantically. Anika and Gauri get troubled to lie the family and dine. They get shy by their husband’s romantic move. Anika asks Shivay to leave her hand. Dadi asks Anika to have food by right hand. Rudra sees his brothers romancing their wives and supports them. Shivay and Anika’s colorful romance will be seen on a new level. 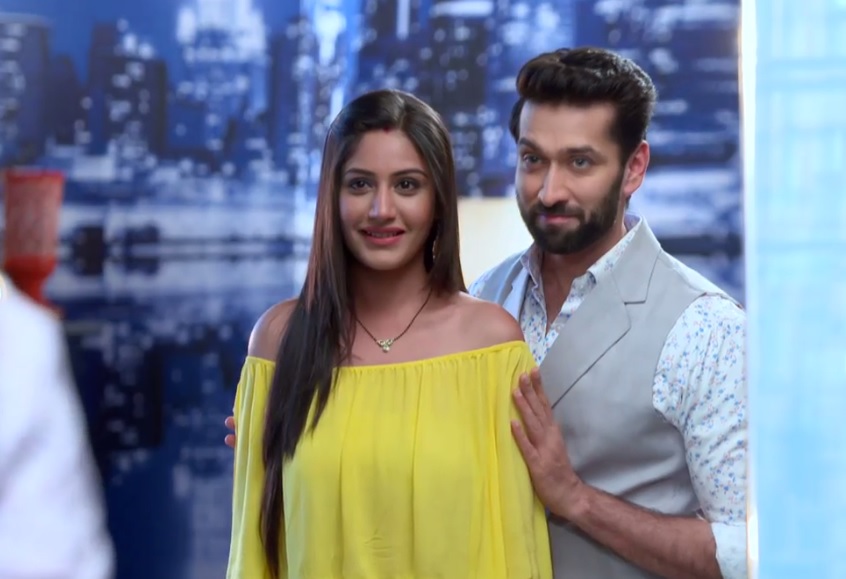 On the other hand, Abhay makes an re-entry home. He shouts to call the Oberois out. The family gets shocked with Abhay’s misbehavior. Abhay reveals his real identity. He tells them that he is an Oberoi, and now he will make them pay for their sins. He says I got to know the secret of Kalyani mills fire incident, I will teach a lesson to everyone, I am Vishal’s son and I will take revenge for Oberois betraying my dad. He tells Tej and Shakti that their sins count will begin ow, and he will ruin their family.

Shivay tries to protect the family from Abhay. He says whatever happened was an accident, his family is not involved. Abhay tells him that the fire was ignited intentionally by someone, many lives were put at risk. Abhay tells Obros that he is their brother and he is also a family man like them, whatever he is doing is for his family. Oberois get a shock when Abhay reveals his revenge motives openly. He tells them that he has left from home to collect evidence, and now he has all the evidences that will ruin their empire. He tells Shivay that he has tried to sign him about the mills incident secret, but Shivay failed to find out anything. He reminds them the old incident. He also claims his rights in Oberoi empire. He doesn’t want to spare anyone. Abhay tells Dadi that his family ruined because of Tej and Shakti, and now he will not leave them. He tells them that even Shivay can’t save the family this time. He challenges Shivay to try anything he wants. He sounds confident as he has evidence on his side.