Sasural Simar Ka:
Roshni breaks both the couples. They are giving a test of love. Sameer packs his bag and tells Sanjana that he is shifting to another room now, as he can’t stay with her. Sanjana sheds tears seeing her relation shattering. Piyush gets angry on Roshni. They stop talking. Piyush thinks Anjali has changed into good, and Roshni is wrong to always blame her. He asks Roshni not to accuse Anjali always. Roshni decides to leave from the house. Piyush doesn’t stop her. Roshni will be leading Sanjana to expose Anjali.

Kanak is trying to change Aditya. She is finding new ways to trouble Aditya and Maasi. Maasi’s bad days have started. Kanak throws water on Aditya. She wakes him up early morning. Uma asks him to come for breakfast. Kanak asks Maasi to bless Aditya, as he is going to start a new life today, he will be walking on Uma’s path. She asks him to give new clothes to Aditya. Kanak and Uma are trying to mend Aditya so hat he can adjust with them. Aditya makes excuses to avoid the desi clothes.

Mr. Kapoor counters Rahul’s attack and gets saved. Surbhi’s plan gets heard by Mr. Kapoor, who rages on Rahul and Kapoor. He learns Pooja is in jail for his murder attempt. Naren promises to free Pooja. Rahul apologizes to Mr. Kapoor to end the enmity. He asks Mr. Kapoor to trust him once again and he will get Pooja for him. He plans to get Naren killed. Naren and Pooja have a cute moment in the jail. They get engaged in a simple way, while he promised to marry her, having a grand celebrations. Rahul befriends Mr. Kapoor again. He tells him that Naren will be dead and the good news will reach him till the evening.

Teni makes Parth cook food for her. She asks him to make spicy food. He cooks just parathas. She jokes on the shape of the parathas. She asks him to get something good, that she can eat. He asks her to have the food as prepared, he can’t make anything else. She asks him to get ghee along. She troubles him with a motive. He is bearing all her commands for the sake of his baby. She is doing everything to keep him busy, so that he forgets the sorrow. She knows Shorvori’s memories are making him sad.

Diya gets upset thinking about Ratan’s protest for a normal life. She recalls the attacks on Ratan. Ratan thinks Diya didn’t join cooking classes since she is dedicated to him round the clock. He thinks she has also sacrificed her life and normal living for his sake. Ratan meets Diya at night. He makes a demand and asks her to take a leave from protector’s duty. He tries to cheer her up, knowing he has spoiled her mood by his stupid arguments. He tells her that he didn’t go to Disco, but he is not getting sleep because of hunger. 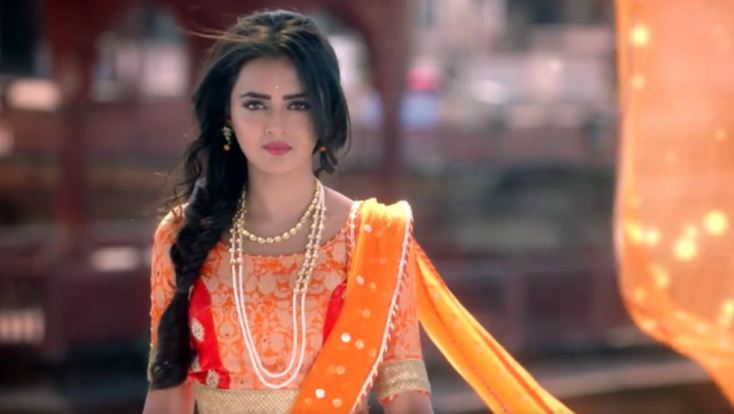 Naamkarann:
Shweta starts doubting Juhi, when the latter frames her in the media matter. Juhi is troubling Avni too. Shweta tells Avni about her doubt on Juhi. Avni also realizes Juhi is behind the sudden conspiracies. She says Juhi has no reason to do this, why is she doing such things. She trusts Shweta. She tells Shweta that Juhi is not such a person to cheat them. Shweta clears her doubts. She tells her that she has seen Juhi manipulating Mishti. Avni asks how can she do this with Mishti. Shweta says a mum can do anything for a child’s good, Juhi wants to save Mishti, she will not think for anyone else. Avni gets convinced. She assures Shweta that she will find out Juhi’s intentions.

Karan finds a cheap guy. He doesn’t want to see him with Preeta. Kareena gets jealous seeing Preeta getting a rich, handsome and caring husband. Sherlyn is happy that her plan is working. Karan gets angry on seeing Preeta dancing with Prithvi. He confronts Preeta over her closeness with Prithvi. She tells him that she is going to marry Prithvi now, and he can’t be upset for this silly reason.

Kaal Bhairav Rahasya:
Rahul’s heart beat goes nil when he was getting operated by doctors. Doctor informs Namrata and Aditya that Rahul is dead. Rahul gets willing to fight with death, when he sees Kaal Bhairav in semi-conscious state. The mystery and secret drive him back to life. Rahul manages to survive. He tells Namrata that he was attacked by a dog in the temple, but he managed to fight and save himself. He reveals about some mystery man attacking him. Namrata is glad that he survived the attack. Rahul returns to his house. The villagers believe that he is a lucky man, who got saved by Kaal Bhairav.