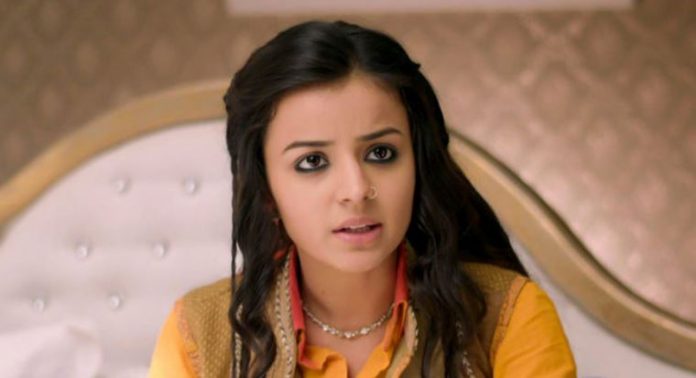 Baldev wants Sudha out of the house. He fears Sudha will break his family. Dheeru helps Adhiraj in his work. He tells Adhiraj about Sudha’s brother Purushottam. Adhiraj gains more info and thinks that can help him finding out Sudha’s past. Baldev asks his man to kill Sudha, as he hates her a lot. Satrupa stops Baldev from staining his hands. She promises him that Anami will make Sudha out of the house, just the way she got her. She buys some time for her plan to work out. Satrupa and Dadi are sure that their plan will make Anami come on their side again.

Anami’s foster family misses the children. Madhu feels much upset thinking of Satrupa, who snatched their happiness. She feels much injustice happened with them. Murari consoles her. They wish their children stay happy. Adhiraj shares the encounter story with Anami. He feel guilty that he lost an important evidence. Anami asks him not to get upset. She cheers him up by her talks. She tells him that he can catch the culprit next time.

Pujan and Avdhoot try to manage the matter and divert Adhiraj by using Tania. Avdhoot calls Tania and romances. Tania tells her plans to elope and marry him. Adhiraj overhears Tania’s marriage plans. Tania troubles Adhiraj by her drama. Avdhoot gets scared of Adhiraj. He feels Adhiraj will not leave him if he knows about their affair. Adhiraj understands Tania’s drama.

Anami gets busy in looking after Dadi. Satrupa asks Anami to check on Sudha, who is mentally sick. She tells Anami that Sudha skips her medicines. Anami verifies Satrupa’s words and finds it true. Anami assures Satrupa that she will explain Sudha. Satrupa asks her to guarantee everyone’s safety at home, as she is the one who got Sudha home. Sudha makes a big mistake when she scares Laddoo. Anami spots her, and decides to make Sudha out of Lal Mahal.