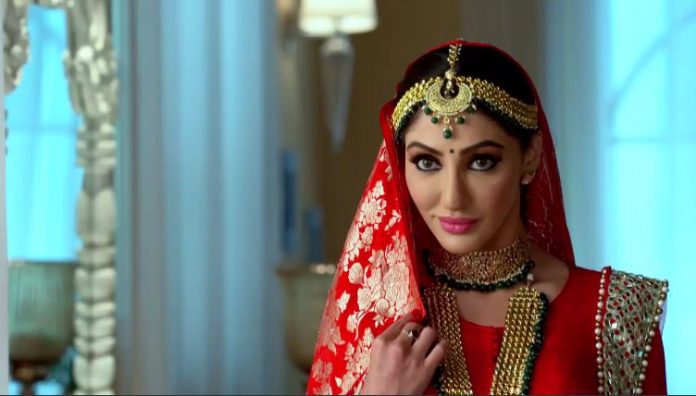 Shwetlana returns to Oberoi mansion. She takes a dramatic entry, while the guards try to stop her. Abhay has come back for revenge. He has got Shwetlana along.
Abhay welcomes his bride in a grand way. The people play dhol nagada. Abhay asks everyone to close eyes for a while, as he has a big surprise for them. Shwetlana makes an easy entry yet again. Shwetlana dressed in bridal wear, lifts her ghunghat and surprises everyone. The family gets a shock when Abhay reveals that Shwetlana is his wife. Abhay understands Shwetlana is their big enemy and she will help him in his motives.

Shivay drags Shwetlana out of the house, but she stops him by showing a video to blackmail him. Shwetlana tells them that they can’t make her out of the house. Anika tells the family that Shivay will not let Shwetlana stay here. She asks Omkara and Gauri not to worry. Shivay gets Shwetlana home. He says Shwetlana will stay here. Tej asks Shivay did he go mad. Anika argues with Shivay for permitting Shwetlana to stay in. He asks her not to interfere in this matter. Anika tells him that she has to interfere, since Shwetlana will ruin everyone’s happiness. Anika doesn’t want Omkara and Gauri’s married life to suffer again. Shwetlana asks Anika to talk less, as she is irritating. Anika says if you ruin my family peace, I will not leave you. 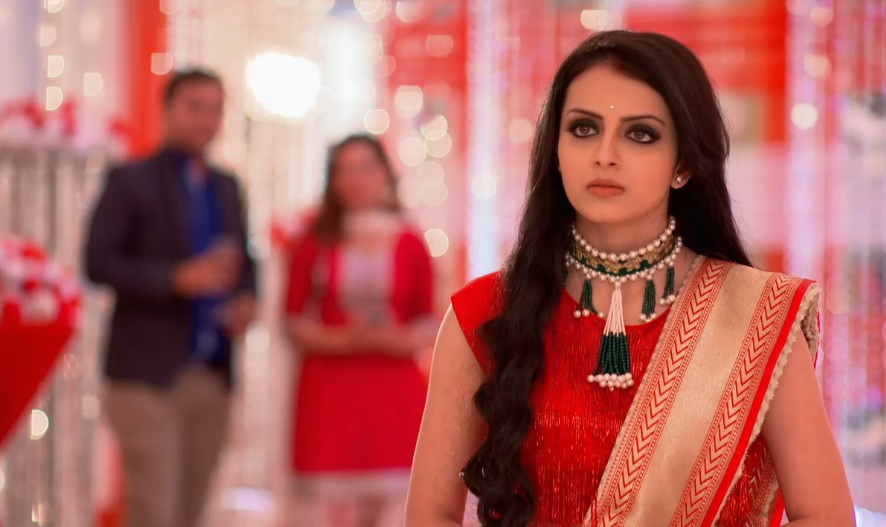 Anika asks him to answer why he got Shwetlana back, how did she blackmail him this time. She says we can face the problem together, share the matter with me. Shivay asks Anika to just stop it. Shivay asks Shwetlana to go with Abhay. Anika vents out anger on Shwetlana.

Shwetlana and Abhay plan to trouble the Oberois. Abhay asks Shwetlana why did she not tell him before that she knows Oberois well. He says now I understand why you wanted to help me, you blackmailed me for that clip so that you can come here. Shwetlana hurts him for shouting on her. Anika turns into a spy to ruin Shwetlana’s plans. Anika tells Shwetlana that she will throw her out. She gives a challenge to Shwetlana. She doesn’t want Shwetlana to ruin the family. The family turns upset with Shivay. Anika keeps threatening Shwetlana. Gauri and Bhavya join Anika in their new task to get rid of Shwetlana. Rudra also contributes some ideas to trouble Shwetlana. Anika feels Shwetlana has forced Shivay by blackmailing him. She asks Shivay what is he hiding about Shwetlana. She is sure there is some secret related to Kalyani mills fire incident. Shivay shares the secret with Omkara. They both try to wrap up the matter. Anika wants to find out the secret.