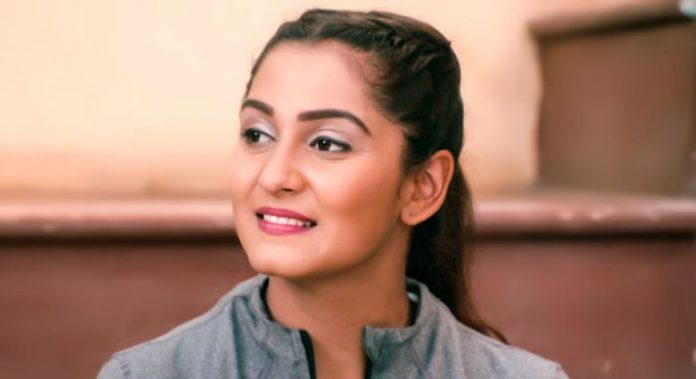 Sanjay tries to ruin Durga’s career. Durga warns him against hurting her family. She develops hatred for Sanjay. She breaks her marriage with Sanjay. She leaves from Sanjay’s house to save her career from ending like this. Durga recalls the trauma faced in her life. She gains courage from it and runs to the sports academy. Rajveer helps her when she falls down. She tells him that she will fight back and make her career brighter. Neelkant assures Yashpal that he will never let Durga win. Yashpal tells Sanjay that they don’t know Durga’s strength. Durga doesn’t want to fall weak by any sorrow. Rajveer feels proud of her. Rajveer supports her. They together reach the academy. Durga wants to prove her talent to the coach. She prefers to run in her bridal dress and prove out her winning skills.

Rajveer meets the coach and recommends Durga. He tells the complete story, asking him to give admission to Durga. The coach doesn’t have any sympathy for her.

He tells her that he has heard about the truck stunt, but he was disappointed by her gimmick. The coach doesn’t give her a chance to show her talent. Durga tells him that she can’t lose the chance after coming so far. She forces him to notice her talents. Durga’s shocking move makes Rajveer tensed. Durga catches the attention of the sports authority. She is given the admission when the committee head finds her running speed amazing. The committee head asks the coach to train Durga. He recommends Durga only to support her talents. Durga gets an entry in the admission. Sanjay tries to stop Durga from running again. Durga’s family gets ready to do anything to secure her career from Sanjay.