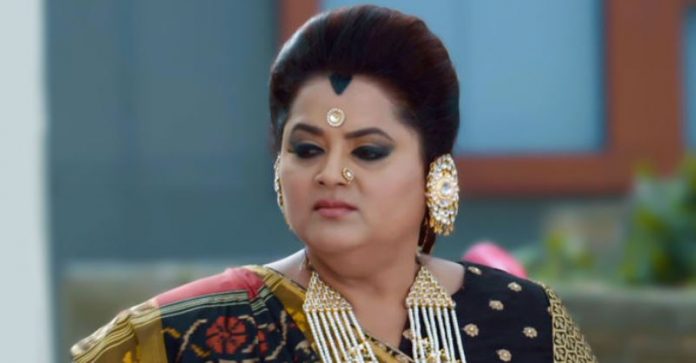 Uttara shows Falguni how she punishes the wrong doers. Falguni advises her to rectify her own mistakes. She sweetly tells Uttara that she wants to prevent her from committing mistakes and getting punishments. She asks Uttara to get Vidhaan and Niyati married. Falguni worries as time is passing by. She feels Niyati should get happiness in pregnancy state. She doesn’t want Niyati to take any sort of tension that could affect the baby. Niyati misses out Vidhaan. When Vidhaan thinks of Niyati and gets depressed, Uttara cheers him up by telling him about his childhood friend Kaira coming from US.

Uttara plans a grand wedding anniversary party for Jayant and her. She invites her friend Kamini. Kamini and her daughter Kaira come home to attend the anniversary party. Uttara asks Kamini to plan the party and also a return gift. She thinks to ask for Kaira’s hand for Vidhaan. Vidhaan gets happy on meeting Kaira. Uttara decides to get them married. Niyati gets upset when Falguni is called at Uttara’s house for work. She doesn’t want Falguni to go. Falguni lends support to Uttara as promised. She goes to help the family in the party arrangements. Falguni gets to see Vidhaan and Kaira close. She gets a huge shock on knowing Uttara’s decision to get Vidhaan married to Kaira. What will Falguni do now? Keep reading.