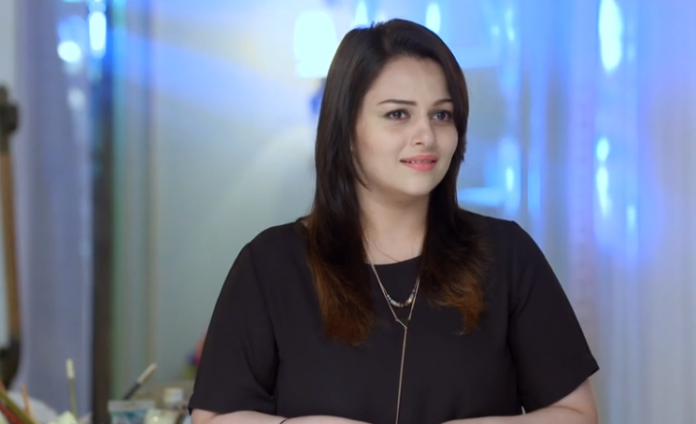 Bhavya gets informed that Rudra met with an accident. She worries for Rudra and meets him at the cafe, asking if he is fine. She tells him that Anika called her and gave her the bad news. Rudra turns rude towards her again. He asks her not to show concern, he knows its all her drama. Rudra and Bhavya have an argument. He fires her from the job and asks her to get lost. He tells her that he hates her. She tells him that she has forgotten everything just for him. She thanks him for proving her wrong again, since he just insults her all the time.

He gets angry and asks her to go to her husband, who is calling her when she is on duty. Bhavya tells him that she will herself quit the job, she doesn’t want to bear any more insults. Rudra still thinks Bhavya is married to Manav.

Rudra asks Bhavya to leave from his house and not show her face again. Soumya will be making an entry back in Rudra’s life. The drama will get high. Soumya and Rudra got married, and called it off, considering it to be a mistake. Soumya meets Rudra and learns about Bhavya. There will be a love triangle. Soumya will show a big heart and sacrifice her love. Soumya will be seen uniting Rudra and Bhavya. Meanwhile, Omkara is leaving for Germany for work purpose. He spends more time with Gauri before the departure. Gauri prepares everything for Omkara’s trip. She supports Omkara and wishes all the best for his work.