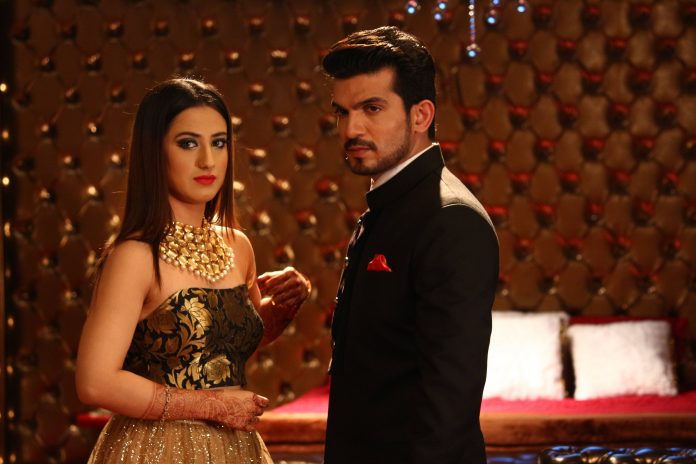 Tara loses her mind when she finds Deep cheating on her. She wants to kill him. She reprimands Deep and gets a knife to stab him. Deep stops her from stabbing him. She gets into a fight with him. Deep pushes her away and blames her for whatever happened. He tells her that he had loved her madly and did everything for her, he has saved her when she did many crimes, how can she doubt him. He reminds her that he is true and loyal to her since childhood. Tara says you have fallen in love with Aarohi, tell me you love her, I don’t want to hear any more lies. Deep accepts that he loves Aarohi.

He tells Tara that whatever happened between Aarohi and him was just a mistake, as he was drugged, all thanks to Tara. He says it all happened because of your anger and jealousy. She says I know you didn’t do any mistake, you have forgotten me, you really love Aarohi. Deep says you have forced me to go to her, I m fed up of your madness.

They get into an argument. Deep tells Tara that if he is going away from her, she is the one responsible, she has spoiled their relationship. He scolds her for always failing his plans by doubting him and getting jealous. He tells her that Aarohi’s love is true, she blindly trusts me. Tara goes to slap him angrily. She can’t see him praising Aarohi. Deep tells her that her madness made him away, there is still time, she can rectify her mistakes, else she will lose him forever. He gives Tara a final chance to change and keep their relation like before.