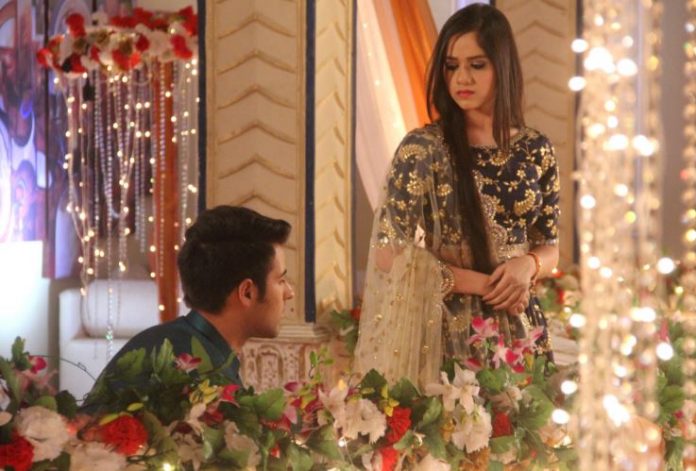 Sheetal and Aparna get Ahaan and Pankti home. Aparna calls up Anita and tells her that they are taking Pankti home as its very late, they will drop Pankti the other day. Anita worries for JD’s reaction. She couldn’t say anything to Aparna. She thinks JD’s truth didn’t get known to the family till now. JD gets a huge shock seeing Pankti with Ahaan. He is afraid that Ahaan can tell the family about his truth. He didn’t expect Pankti to turn bold. JD doesn’t want Sheetal to know the truth. Aparna makes Pankti’s stay comfortable in the house.

Aparna tells Pankti that she will always support her. Pankti is scared that JD is also in the same house. Aparna asks Pankti to tell her if she needs anything. She says I know Ahaan is very brave and he will get Pankti out of all the problems.

Aparna doesn’t know what is Pankti going through, what problems she is facing in her life. She is very much sure that Ahaan will always support Pankti and make her life better with his true love. Aparna lets Ahaan and Pankti spend some time. Anita calls Pankti and asks her to remind Ahaan that he can’t do anything against JD, he is living in JD’s house and he can’t manage anything on own. Pankti gets sad. Ahaan tries to make her smile. Ahaan tells Pankti that he will stop JD from reaching her. Things got clear between Ahaan and JD. There are no more hidden truths. Ahaan will be making Pankti socialize and shape her future.