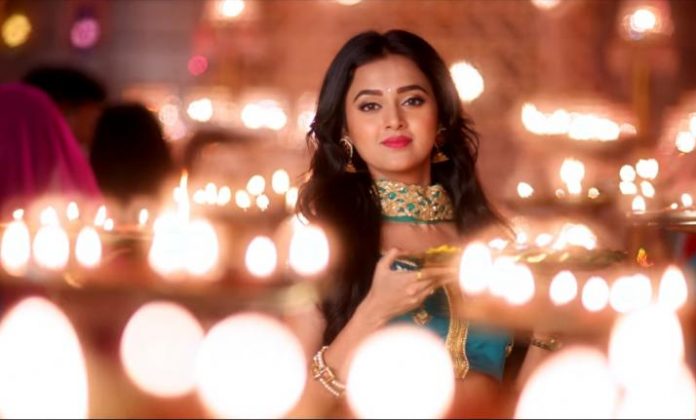 Diya confesses love to Ratan and hugs him. Chote Thakur asks Diya to leave Ratan. Diya does a planned drama. Ratan also confesses love to Diya. Diya says I love Ratan since many years. Ratan reciprocates her feelings, which shocks the family. Diya has to answer the enemies and find out the truth in 15 days. She wants to deviate the attacks on herself so that she can get a better scope to nab the enemies. Chote Thakur gets a huge shock seeing them. He faints down. The family also can’t believe this development of Diya and Ratan’s love story. Chote Thakur insults Diya.

He tells Diya that she is just a bodyguard, she can’t become their queen of Kesar Mahal. He tells Diya that he will not let her do tandav on their heads, her status will never change, she will always remain a servant. He asks her not to dream to become Ratan’s wife. Ratan doesn’t take Diya’s insult. He asks Chote Thakur to have some control over his words.
While playing his part, Ratan takes a stand for Diya. They get inseparable. Diya gets many new enemies by this revelation. She hopes the hidden enemy will come out in open to attack her.

The family gives a tough task to Ratan. Chote Thakur tells about the traditions. He asks Ratan to lift Diya and climb all the temple stairs. He asks Ratan to do the rasam and do Kuldevi puja. Diya knows this is not any rasam, but a test of their love. She understands the family wants to prove their love drama. Ratan doesn’t get back. He lifts Diya and climbs all the stairs. Diya gets surprised. Ratan’s feet get hurt. Ratan passes the test. Ratan and Diya do the Kuldevi puja. Ratan gets happy seeing Diya’s happiness.