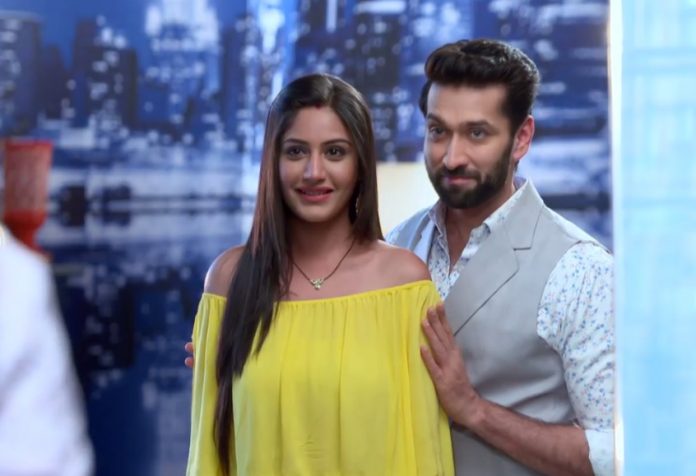 Rudra tries much to convince Shivay. Shivay asks Rudra to look after the family in his absence. He has decides to leave the family. He feels guilty for what happened with Tej. He can’t meet Jhanvi’s eyes. He asks Rudra to look after his parents. Rudra doesn’t want to agree. Pinky asks Shivay to leave from the house. She asks Anika to explain Shivay. Shakti, Pinky and Anika ask Shivay to change his decision. Shivay sticks to his words. He asks them to have courage and take care of rest of the family. He advises Anika to stay back and take care of everyone. Anika decides to leave the house with him. She tells him that she can’t stay away from him. Shivay tells her that he is not certain where he will live. Anika turns stubborn to go along with him. She tells him that she will stay in any state he keeps her, but she will die if he goes alone.

Shivay can’t change Anika’s mind. He allows her to come along with him. Shivay asks Pinky not to stop him. Tia instigates Tej against Shivay, who would be going away with the business shares, properties and ancestral jewelry that comes in his wife’s share. She tells Tej that it will be loss for them if Shivay manages to take much things with him.

Tej decides to check Shivay’s luggage and take away everything. Dadi gets hurt seeing the family breaking. Anika tells her that the family will get back together very soon. She promises that she will always support Shivay, even though she can’t fill in the family’s place in his life. Rudra and Gauri break down seeing Anika packing her stuff. Gauri requests her not to leave. Anika tells her that bad time often marks the beginning of a good time. She asks Gauri to have hope, as the distance will just bring them closer.

She asks Gauri to be strong and look after the family. She trusts Gauri and gives the house keys to her. She asks Gauri to manage her responsibilities well. Jhanvi and Gauri fight for their rights. They try to snatch the keys. Dadi gets hugely disappointed seeing their fight. Shivay solves their fight and returns the keys to Dadi. Dadi asks him not to leave as the family needs him. He breaks many hearts to keep his vow to Jhanvi.

Shivay and Anika stronger their hearts to leave from the house. He tells her that he is not sure to keep her happy. She tells him that her happiness is in living her life with him. Pinky begs Shivay to think for his parents. Shivay gets concerned for Tej’s health. Jhanvi and Tej lose their faith in Shivay. They don’t even bless him and want him to get away from their sight. Tej shocks the family by demanding to check Shivay and Anika’s luggage. He fears they are running away with assets. Dadi asks Tej not to fall so low. Shivay’s heart aches by Tej’s words. Tej’s move falls for another heated argument in the family. Rudra threatens to kill himself if Shivay steps out of the house. The family gets a huge shock seeing Rudra’s madness.