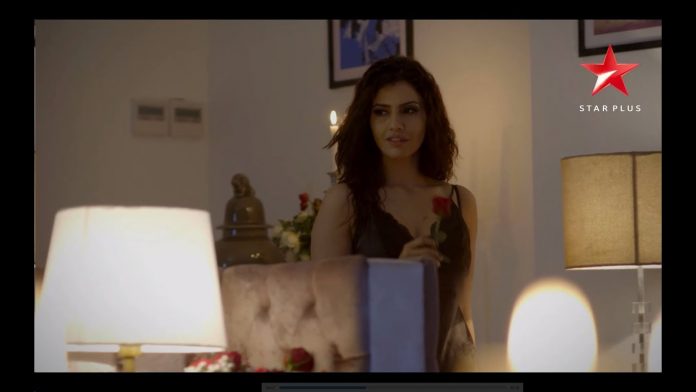 Rehaan gets a huge shock knowing Ahana married Anant to settle scores with Laila. He thinks Ahana’s fake love won’t survive for long and its time he should alert Anant about her plans. He waits for Anant and Ahana’s return from their honeymoon trip. Ahana gets disappointed with Anant when the things doesn’t go as she planned. She was planning to romance Anant and make the most of their trip. Their age difference gets in between as a hurdle in their romance. Anant doesn’t match up to her thinking and expectations.

Ahana thinks of Laila’s words, that she would get bored on her trip. She feels if Laila was true about the age factors affecting her marriage. Anant finds Ahana depressed and apologizes to her. He assures her that he will try his best to make their marriage work. Anant fails to keep his word. Ahana gets worried thinking of her marital equations with Anant. Laila talks to Ahana. She makes Ahana get a reality check. Anant and Ahana return from their honeymoon. Ahana keeps her emotions in control. They surprise Roshni by returning on her birthday. Rehaan attends Roshni’s birthday and plans to reveal Ahana’s true intentions to marry Anant. Rehaan’s presence upsets both Ahana and Anant.